The greatest progress is made through a steady and cheerful equanimity.

Online Series ‘From Twilight to Light: The Sunlit Path’: Part 2 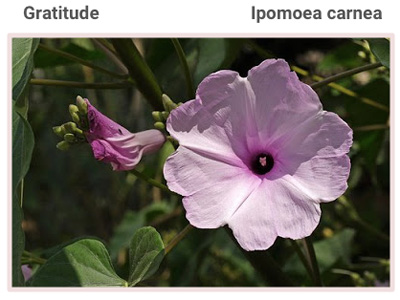 From Twilight to Light: The Sunlit Path, Part -2: The Uninvited Guest

During this uncertain and unprecedented lock-down period, AuroYouth is helping the youth stay engaged through a series of online sessions titled 'From Twilight to Light: The Sunlit Path'. On 28 June 2020, the second segment of the three-part series on depression was held. The session was titled “The Uninvited Guest”, which focused on exploring depression in depth and attempted to answer the fundamental questions pertaining to it. The first part in the series emphasized the spiritual perspective, and subsequently there was a need to view depression from a psychological point of view. Harshitha K, Asst. Professor in Psychology in a reputed college in Hyderabad, and a long-time AuroYouth volunteer, facilitated the session.

The session was divided into two parts: the first part was ‘The What? Why? & How?’ and the second part was a Q & A session. 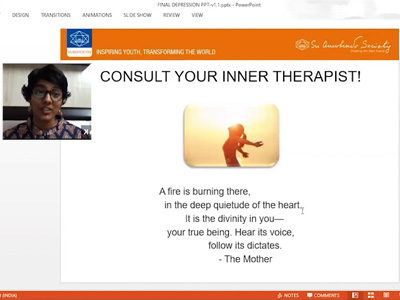 The session started with a beautiful activity by Harshitha, to name three things that we feel grateful for. This exercise symbolically represented torchlight to guard all the participants from the darkness of depression which was going to be explored in the session.

To understand something which is full of societal dogma, the first step is to Unlearn. With respect to this, Harshitha took everyone through a short video to break the common perceptions of people experiencing depression. She also refreshed everyone’s memory regarding a well-known actor-comedian, late Mr Robin Williams, who suffered from severe depression and ended his life.

Next, she gave information on well-defined clinical diagnostic symptoms of depression. She also spoke about the types of depression: 1) depressive disorder, an acute depression happening for a short interval, and 2) dysthymia, a chronic depression lasting for upto 2 years. 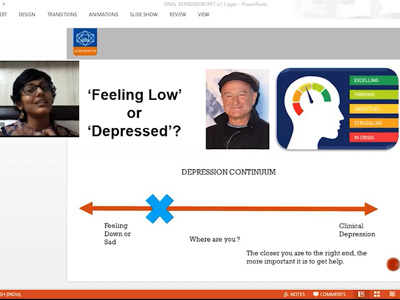 The ‘Why’ of depression:

The next natural question for someone who has understood what depression is, to know the cause of depression.

How to deal with depression?

At the start of this section, an important distinction was made by Harshitha: ‘Treating’ and ‘Curing’. Doctors/ Experts can only treat us, but we have to Cure ourselves. She discussed various approaches, but a commonality among them was that it’s a three-step process: 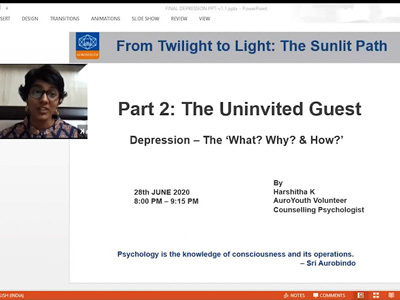 Finally, she discussed the role of an individual in helping a friend or family member who is undergoing depression and covered the do’s and don’ts pertaining to the process of assisting them.

Towards the end of the session, Harshitha revisited the importance of Gratitude with help of a beautiful quote by The Mother: “Physically, materially, upon earth, it is in gratitude that one finds the source of the purest delight”. Finally, it is up to us to cure ourselves of depression. We also discussed the role of the “inner therapist” with the help of the quote:

A fire is burning there,
in the deep quietude of the heart.
It is the divinity in you—
your true being. Hear its voice,
follow its dictates.

The session ended with a 2-minute meditation guided by the Mother’s music, to soak in all the knowledge we had gained during the session and call upon it in case we have to deal with the Uninvited Guest! The last part of the session was the Q & A part and Harshitha answered beautifully to all the queries from the participants.

To watch the full session here.