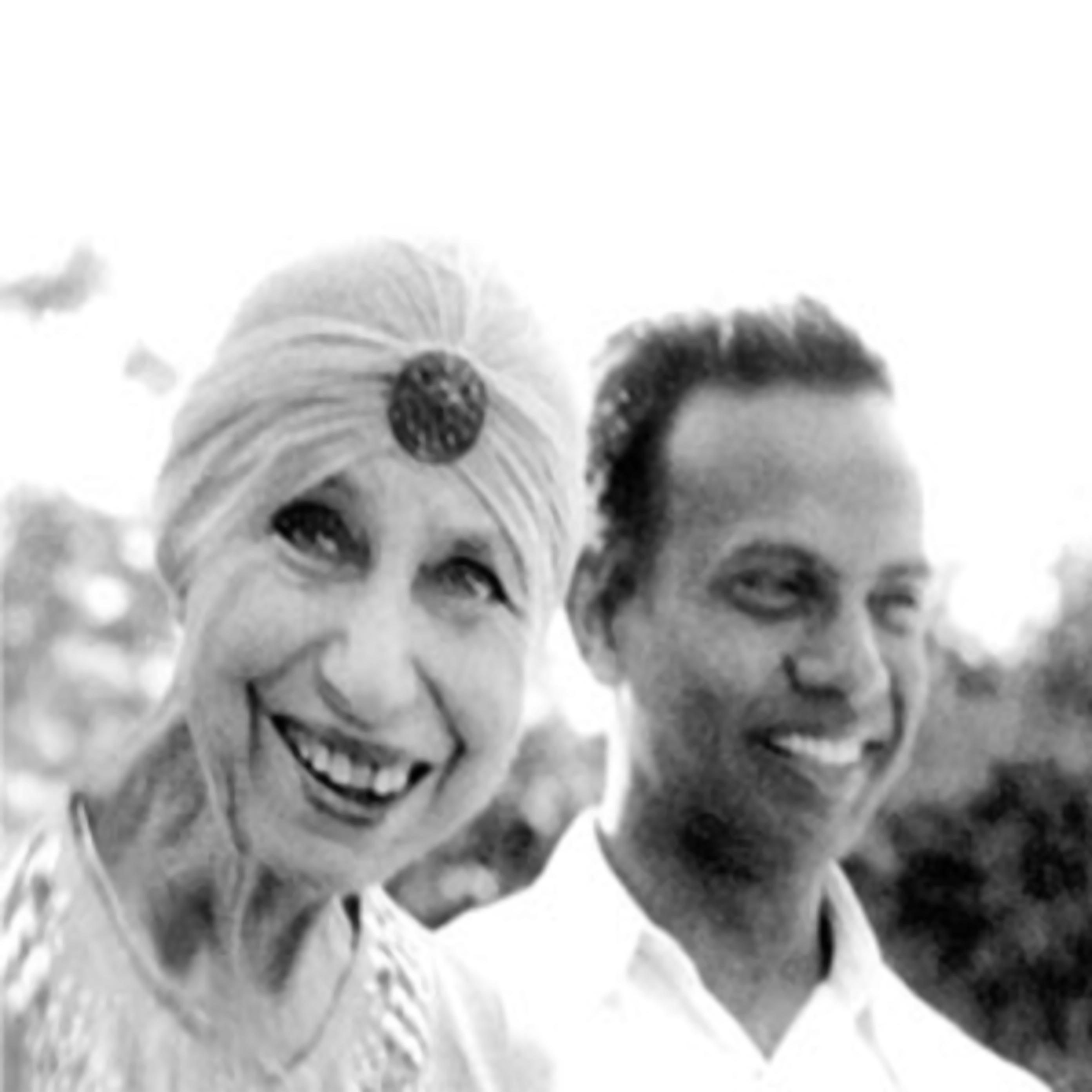 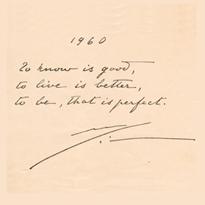 Sri Aurobindo Society's motto, given by the Mother

Sri Aurobindo Society seeks to bring a dynamic spirituality into material life and all its activities, so that the global problems can find a true solution, and the dreams of humanity, through the ages, can be realized.

Sri Aurobindo Society was started by the Mother in 19th september 1960. She was not only the founder and the Executive President but also remains its guiding force. From a very small beginning, over the years, the Society has grown into an international organization working in diverse fields of life.

In 1972, the Centenary Year of Sri Aurobindo’s birth, the Mother said in a message:

“Sri Aurobindo belongs to the future; he is the messenger of the future. He still shows us the way to follow in order to hasten the realisation of a glorious future fashioned by the Divine will.

All these who want to collaborate for the progress of humanity and for India’s luminous destiny must unite in a clairvoyant aspiration and in an illumined work.”

This message beautifully describes in a nutshell, the purpose, and the work of the Society.

The Mother herself laid the foundation of the Society, a strong base on which it could grow and spread like a Banyan tree. The Constitution and Memorandum of Association bear her signature as the President, dated 19 September 1960.

It was the Mother who named the organization Sri Aurobindo Society, after Sri Aurobindo. She created its symbol, taking the existing symbol of Sri Aurobindo and enclosing it in a diamond. 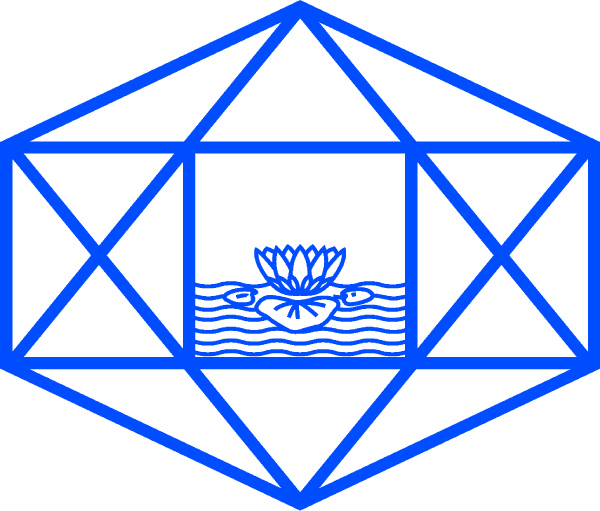 It is the symbol of Sri Aurobindo, with lines joining the apexes of the two triangles to form a diamond. The significance of the diamond, according to Sri Aurobindo, is the Mother’s light at its intensest. While Sri Aurobindo was the medium of Divine consciousness and the Supermind, the Mother became the bridge between Sri Aurobindo and the world of the Sadhaks and Seekers. 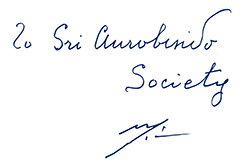 She gave it the motto:

“To know is good, to live is better, to be, that is perfect”

To carry out her work, the Mother chose Navajata. His name appears in various documents both as Keshav Dev Poddar and Navajata (the name given to him by the Mother, meaning the 'New Born'). He was the Society’s first General Secretary and Treasurer. After the Mother left her body in 1973, he became its first chairman.

Along with the Mother and Navajata, the third member of the first Executive Committee of the Society was Arunendranath Tagore of Kolkata, an advocate, and notary public.

The work expanded and grew in many fields and directions, as a wide spectrum of life’s activities, were included in the Mother’s agenda of social transformation. She emphasized that the sincerity, the inner attitude and the consciousness with which a work is done are of primary importance, the results and outer form of the activity are secondary and derive their value from the inner. This was a recurring theme in all her directions, which runs like a continuous thread through every action.

The membership of the Society is open to everyone, everywhere who believes in and would like to work for the realization of the ideals of the Society. All the members receive the monthly All India Magazine published by the Society.

Joining the Society is only a first step towards participating in the change that is coming in the world. Members are encouraged to mould their life and work according to higher ideals. They can write to the Society’s head office at Puducherry for details of any project in which they would like to participate.

The apex decision-making body of the Society is its Executive Committee. At present it consists of the following members:

Sri Aurobindo Society is registered at Kolkata with its administrative office in Puducherry, India. The Society is -

Sri Aurobindo Society is headquartered in Puducherry, and the office premises are in a building known as the ‘Society House’. Here is brief pictorial view of the Society House. 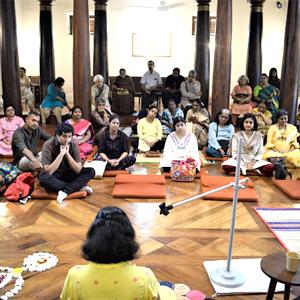 Poets from all walks of life gather at... 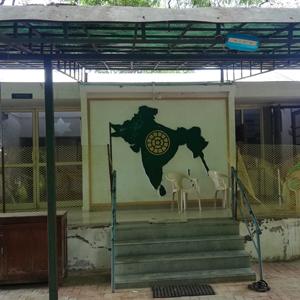 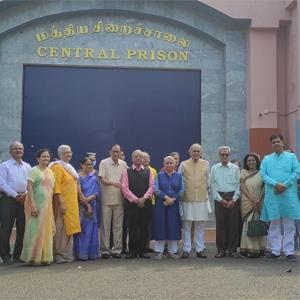 Visit of the Core Committee and Executive...

The Core Committee and the Executive Committee... 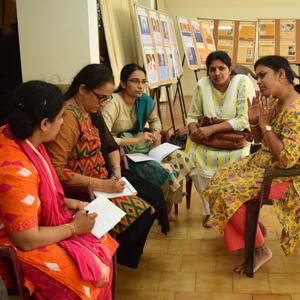 A 5-day residential workshop for the teachers of... 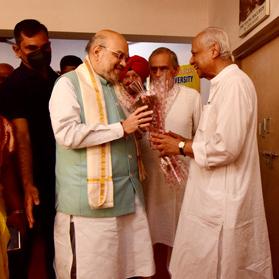 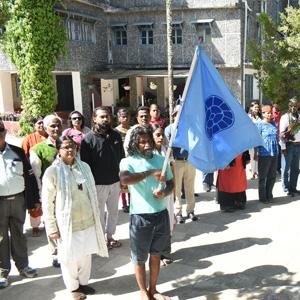 
View All
No more Records