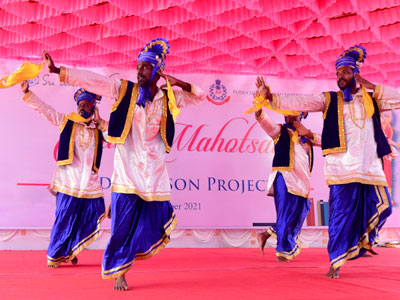 As part of the Prison Reformation initiative, it was planned to celebrate Gandhi Jayanthi at the Central Prison of Pondicherry.

Sri Aurobindo Society along with the Puducherry Central Prison had organized a cultural programme where the inmates lead the show. 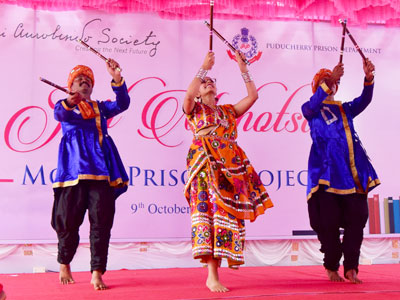 The inmates were trained for various cultural programmes by Ms. Alokananda Roy, who has been doing such activities for prisoners all over India, and Ms. Kritika Ravichandran of Natya Chakra Academy, Pondicherry. This is the first time in the history of a prison that the inmates performed on the stage with their family members and also the jail authorities performed with the inmates.

For the first time in India, a jail anthem was written and was performed in front of the gathering.  This jail anthem which is currently in Tamil is expected to be translated into all regional languages and each state will have its jail anthem.

For the first time the human library was inaugurated by LG and a live session was done by an inmate on Sri Aurobindo's 'Tales of Prison" and was highly appreciated by the LG and other dignitaries. Not to deny, this Jail Mahotsav for a pioneer in its way.

Various stalls exhibited the products manufactured by the inmates like doormats, fancy bags, statues, food items were for sale and the proceeds will be utilized for the benefit of the inmates and their family members like payment of educational fees, taking care of their health, and hygiene, etc.  These products were aptly named “Second Chance” which is true.  The inmates are given a second chance to revive their lives.

The LG in her speech mentioned that it is proposed to celebrate such Jail Mahotsav in all the prisons of India, which by itself speaks of the success of the programme.