Revisiting Nation, Nationalism and Culture in the Light of Sri Aurobindo 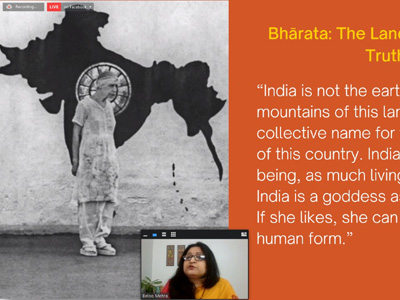 On August 15th, 2021, Dr. Beloo Mehra from AuroBharati delivered a special lecture titled “Revisiting Nation, Nationalism and Culture in the Light of Sri Aurobindo” at an event organised by Sri Aurobindo Study Centre, Faculty of Arts at the Maharaja Sayajirao University of Baroda in association with the Maharaja Sayajirao University Union. This event marked the beginning of the university’s year-long celebrations of 150th Birth Anniversary Year of Sri Aurobindo.

The event began with Dr. Shaurya Brahmbhatt, coordinator of the Sri Aurobindo Study Center, MSU, welcoming everyone, followed by the university anthem. Dr. Reena Bhatia, President of the MSU Union gave a brief introduction to the objectives of the University Union which organises and promotes learning opportunities that engage the university students in cultural affairs. 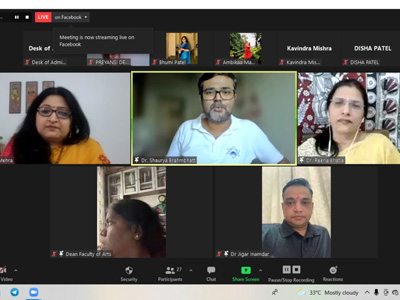 Dr. Jigar Inamdar who is the Regional Director of Indian Council of Cultural Relations, Ministry of External Affairs, Govt. of India, and also a Senate and Syndicate member of the MSU, Baroda was the Chief Guest for the event. He spoke briefly about the great work of Sri Aurobindo in Indian Freedom Movement and congratulated the University for celebrating the 150th birth anniversary of Sri Aurobindo through various programmes.

The virtual group then had a short meditation with the Mother’s organ music, which was followed by Dr. Shaurya Brahmbhatt introducing the speaker, Dr. Beloo Mehra. 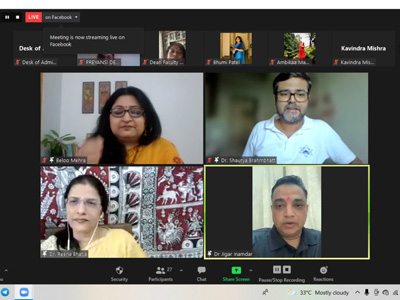 Dr. Mehra gave a brief outline of how Sri Aurobindo’s vision helps us understand the terms – nation, nationalism and culture in a more inside-out way. She highlighted some of the ways in which Sri Aurobindo’s intense self-immersion into the soul and spirit of Indian culture during his Baroda period was a significant factor in how he spoke about the truth of a nation and the religion of nationalism in his political writings and speeches.