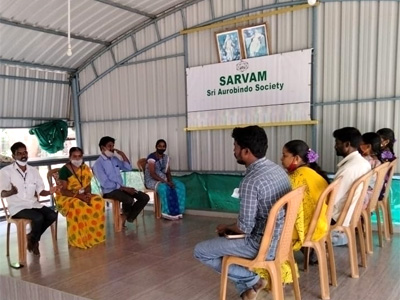 SARVAM organized a refreshment training for the 17 Coordinators in Satyam Training Centre at Poothurai village for 3 days from 18th February to 20th February 2021. Due to the pandemic, trainings and programmers were not organized for the coordinators and for more than 10 months, all were working sincerely from their homes and their spirit was less since they were not able to meet each other. 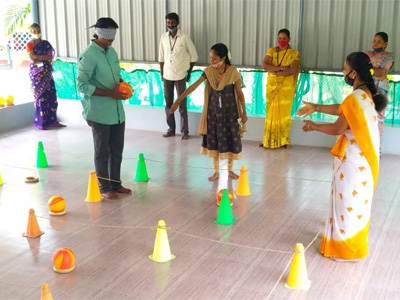 On the first day, all the coordinators met each other and shared how they spent their time during the pandemic. Various problems which they faced and the manner in which they overcame the problems were explained by all the coordinators and it helped each other. Secondly, they discussed how prayer and spirituality helped them to be happy and successful during the lockdown.  The importance of spiritual life and its strength was shared by each one of them.

During the training, all the coordinators divided themselves in groups and enacted role plays. They also involved in games which helped them to carry out their concepts easily to others. 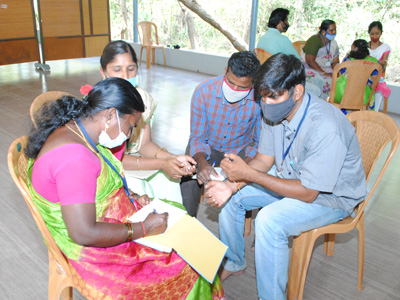 Finally, a feedback session was conducted and all the coordinators said that the 3-day training was very useful and it has instilled confidence amongst all of them. After a dry 10 months’ lockdown, this training has helped them to learn new aspects which will be helpful in their works. They requested to organize refreshment trainings at least once in six months and thanked SARVAM for their efforts.