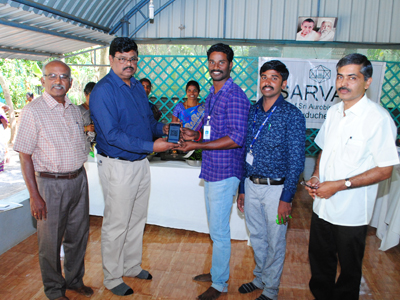 “The smartest investment we can make is in women,” says Barbara Bush.  SARVAM with the help of Indian Bank is making this true.

SARVAM in association with Indian Bank, organized a program in which more than 100 women (Joint Liability Group) from various villages were given loans to enhance their business. The programme was held in Satyam Community Centre at Poothurai village on 24th January 2019 and more than 150 women participated in this gathering. 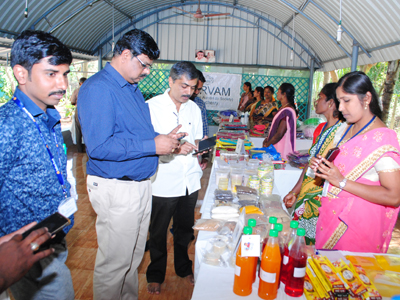 The main objective of this programme was to help women in getting loans quickly and easily and enhance their business.  This will help them generate more income and thereby improving their livelihood.  Applying loans in banks and getting them approved is a big task and for a women with limited educational background this is a herculean task.  She has to walk to the bank several days to ensure the papers are approved by many officers in the bank.  SARVAM has made this job easier.  The bank Managers and other senior officials from Indian Bank directly came to the village to facilitate loan for the women.  This was indeed a great help to all the women entrepreneurs gathered there.  Loans up to Rs. 50,00,000/- (Fifty Lakh Rupees) was distributed to more than 100 women for two different types of trades. Women who are involved in Agriculture and Cattle Rearing were given loans and this will help them all to take their trade to the next level. 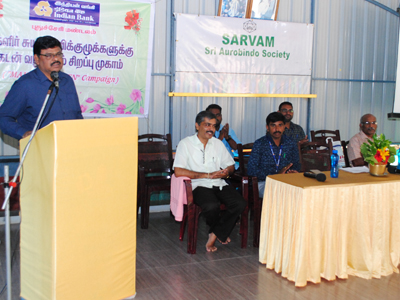 Lead District Manager (LDM), Senior Manager, Branch Manager, Team Members and other senior officials from Indian Bank distributed the loans to all the women and they wished them good luck for their success in business.

Secondly, the bank officials gave an introduction to a new application introduced by the Indian Bank for the benefit of merchants. They demonstrated on downloading the QR Code and using it for transactions.  Usage of QR codes will minimize the payment time and women were taught the usage of it.

Thirdly, the bank officials also spoke about another new aspect called EC Saving Account. This was also useful for the women and they learnt how to use it in their day-to-day transactions.

When the Bank Manager addressed the gathering, he said that “this is just a beginning of a new chapter.” He also said that “Indian Bank is ready to support many other women (JLG’s) in enhancing their business.” He also thanked SARVAM for the initiatives and efforts taken by them for helping these 100 women get their loans sanctioned without much run about. 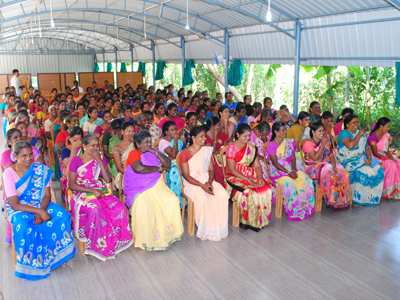 Another interesting part of the programme is the exhibition of products produced by the women entrepreneurs who have been trained by SARVAM. All the bank officials and other women saw the products and purchased them. This provided an opportunity for women to get exposed to new experience of how women entrepreneurs earn money. The bank officials were much amazed by the products that were produced by the women and they said they are ready to help many other women in developing their business.

Altogether, this programme was much useful to women because they were able to get loans in their village without going to the bank.  They were also able to learn many new aspects. The confidence in their faces told that success is for sure in their life.