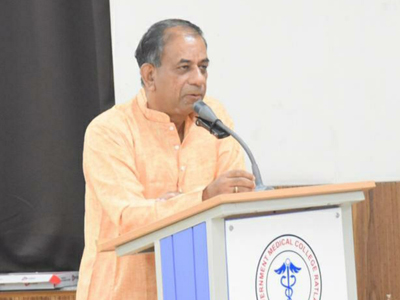 Though many people know the way Dr. Alok Pandey mesmerizes the crowd through his talks, there were first time, younger generation audience who were new to his discourses.  They listened to his speech intently and with lots of interest and great enthusiasm.  In his speech, Dr. Pandey highlighted on the various dimensions of spiritual healing that would work wonders along with doctors and medicines on ailing patients. 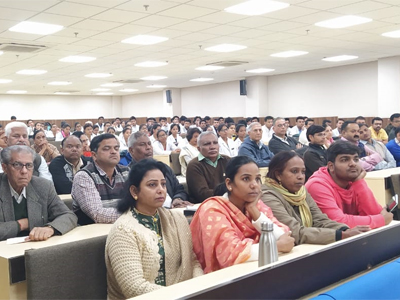 After a long gap, a talk like this was organized outside the Ashram Premises.  Earlier it was M. P. Pandit ji who had delivered a speech in the Ratlam Municipal Corporation Hall.

Initially, Dr. Pandey was on his Study Camp visit to Ratlam Ashram from December 5, 2019 to Dec 9, 2019.  During his 4-day Study Camp, he spoke on the “Synthesis of Yoga”.  Many devotees of the Mother and Sri Aurobindo attended this study camp that was organized by the Ratlam Branch of Sri Aurobindo Society.