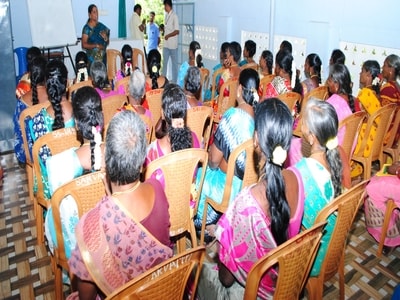 The Health Inspector of Government Health Centre from Thailapuram came to the village and spoke about Dengue to the village people. Initially, the main reason and causes for the spread of Dengue was conveyed to the 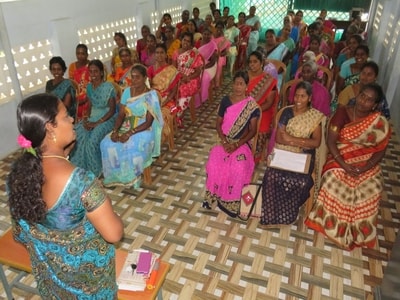 people in detail. The trainer said that mosquitoes are the main cause of this disease and he insisted that keeping the surroundings clean is the only way to get away from Dengue.  He also asked the people to clear the unnecessary wastes that were dumped near their houses.

He educated about the types of mosquitoes and explained the people with the help of videos and power point presentations. This helped people to understand better. The trainer also clearly explained about how to approach doctors when the people are suffering with Dengue. He also said that proper medication will cure this disease and asked the villagers to immediately consult doctors if they have fever for more than three days.

As the rainy season has begun, there are lot of chances for water borne and other diseases to spread faster.  Hence the trainer advised the children and elderly people to be cautious always. He asked the people not to take self-medications without consulting a doctor. This awareness programme helped the villagers to learn about Dengue and they promised to keep their surrounding clean for a Dengue-less community.