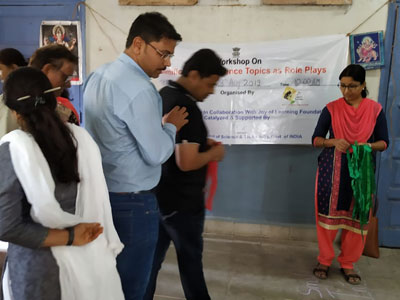 A 3-day capacity building workshop for middle and high school science teachers was organized by Sri Aurobindo Society and Joy of Learning Foundation in collaboration with Educo India, Mumbai. Around 28 teachers teaching Science for grades 6th to 10th participated in the workshop.  Educo sought permission from the education department of Brihanmumbai Municipal Corporation (BMC) and BMC also allotted a venue for the same. 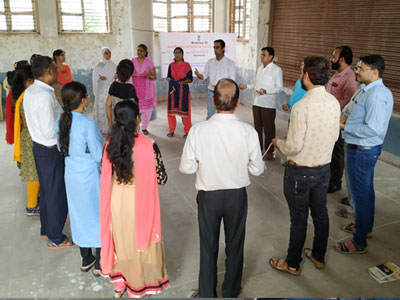 The hands-on training was given by the eminent team consisting of:

The workshop mainly conveyed the teachers how role play can be introduced while teaching some important topics in the classroom.  Some topics that were chosen for role play were electricity, human circulatory system, human respiratory system, photosynthesis, pollination, atomic energy and chemical bonding.  Only if a student has a strong foundation in these topics, he will feel science to be an interesting subject.  This role play will certainly make a dormant session into an active session.  At the end of the third day, the teachers felt that they are carrying a lot new ideas with them and these ideas when spread to the student community will certainly have a lasting effect on their understanding of the subject.

The activities of the workshop are briefly narrated below:

Static Electricity role play covered how the insulators are charged by friction and how the attraction or repulsion between these charged and uncharged bodies take place. It also covered the charging among conductors by induction, conduction and earthing.

The role play on current electricity dealt with the following concepts: 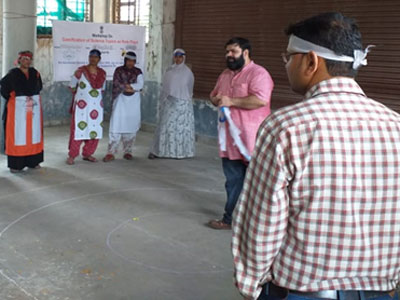 1.2 Human Circulation System role play brought forth the transportation of gases, nutrients and waste inside the human body. Teachers played the role of blood and different body organs and exchange of different matter was shown by ribbons of different colours.

1.3 Respiration System role play showed the exchange of different gases within the lungs at the time of breathing in and breathing out.

Teachers also take up the role of guard cells in stomata and regulate the flow of gases and water vapours. 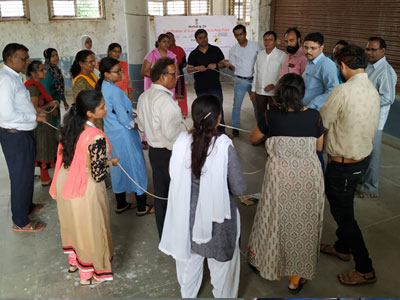 2.2 Pollination role play was designed to understand the following:

3.2 Chemical Bonding role play basically allowed people to play the role of atoms and bindis were used to show their valence electrons. The exchange of electrons were done easily and ionic bonds were also shown very easily.

This activity can also be used to show covalent bonding by sharing of electrons.

Following concepts can also be covered: 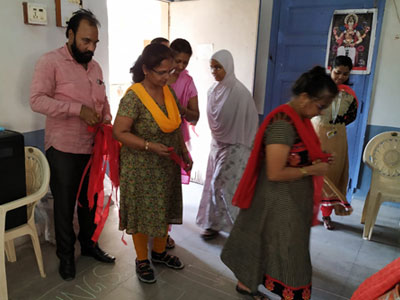