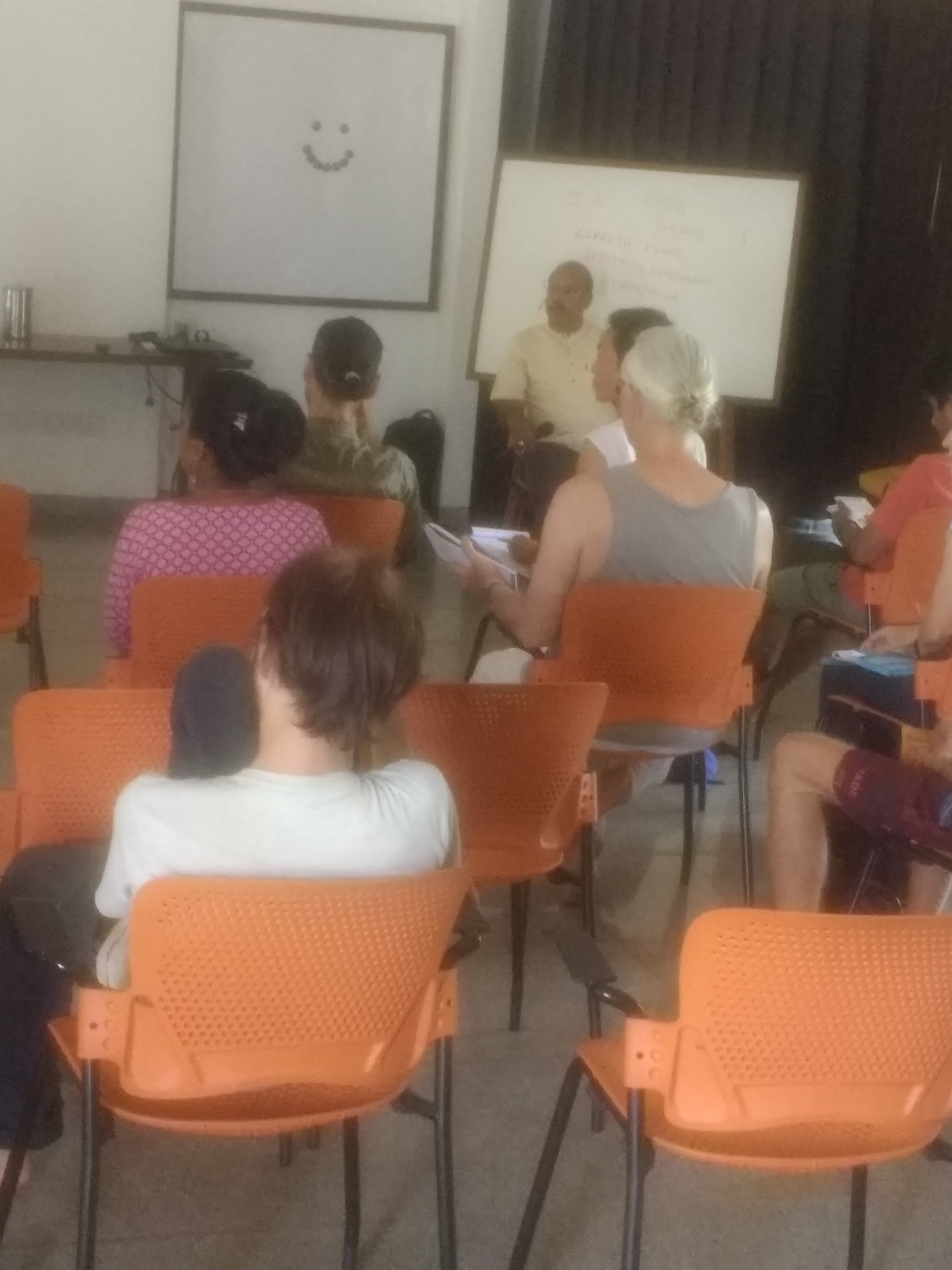 The workshop provided an introduction to the various dimensions of this unique and ancient language, such as ‘the magic and logic of Sanskrit’ and its transparent system of root-sounds. There was a group discussion and come up with an action plan for Auroville to encourage awareness and learning of one of Auroville’s four official languages, also called ‘the language of the gods’. Around 25 participants from Auroville had participated in the workshop.

Some of the facts elaborated in the workshop are as follows:

This appreciation could help participants to open to the mantric quality of Sanskrit, to the nuances of key Sanskrit words and concepts, to the interconnections between Indian languages, and to a deeper engagement with vast ranges of the spiritual and other literature in Sanskrit.