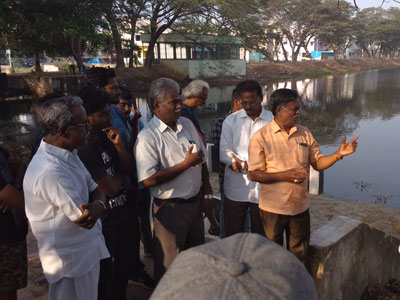 Aura Service and Sri Aurobindo Society as a part of the SVARNIM Puducherry initiative, along with other civil society organizations in Puducherry, observed the World Water Day 2019 by traversing through a Water Trail and taking a resolution to work for a better, water-rich Puducherry. 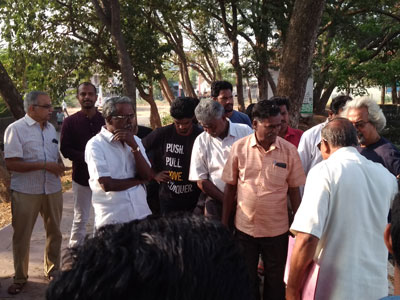 Representatives of various organizations met at Lake Oussudu on the March 22, 2019. Information on Lake Oussudu, its feeder canals, its biodiversity and its importance for Puducherry as a major water source was explained. Observations were also done on the lack of adequate palm trees and how concrete construction is taking away the natural scenic beauty of the Lake.

Later the team proceeded to Aayee Pond in Muthirayarpalayam, where the history of the pond was explained to all the participants as to how Aayee, a dancer had constructed the pond providing water to Puducherry and it was also explained that the even French had constructed channels to take the water to the White Town. The pond was known for its excellent quality of water but requires immediate attention for its rejuvenation. 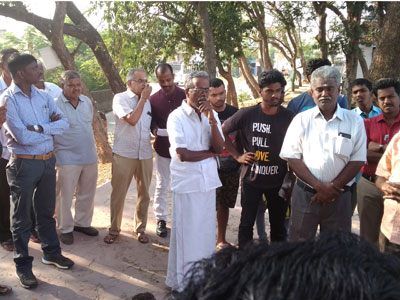 The next stop of the Water Trail was Lake Kanagan, where the team was received by the Kangan Lake Association office bearers. The effort of the association in rejuvenating the lake was appreciated by everybody. The team then proceeded to the twin tanks of Olandai and Velrampet where the Velrampet though developed, to some extent, needs more attention for creating islands for bird's nesting and de-silting and protection for its twin tank of Lake Olandai Lake was also stressed.

Later the team travelled towards the Thengaithittu Estuary which has natural mangroves and which is currently being flooded with sewerage water and is in a highly polluted condition. One of the key factors of the water trail was that at each station someone from the local community spoke about the water body, the challenges and the initiatives they have taken. At the end of the journey, the participants held a formal discussion to not only share their experiences and but discuss future plans of action. There was a feeling of happiness in discovering these amazing places, sadness in seeing how the 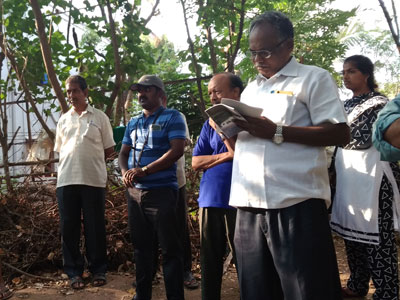 channels, which are supposed to carry surplus rainwater were now carrying the solid and liquid wastes of our town and happiness again that so many organizations have come together with a resolve to make positive change and make Puducherry water-abundant. It was decided to start a collective called ‘Blue-Green Action Network’. The group will meet every third Sunday of the month at one of the sites, to create awareness among the citizens about our natural heritage (water bodies and sacred groves) and volunteer for necessary actions in collaboration with government departments. The objective is to see a positive change before World Water Day 2020.