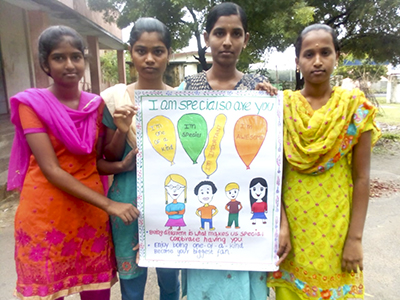 Violence against women and girls is one of the most widespread, persistent and devastating human rights violations in our world today, which remain largely unreported due to the impunity, silence, stigma and shame surrounding them. This violence prevents women and girls around the world to live in dignity, violates their fundamental human rights and impedes them from achieving their full potential. It is one of the most potent obstacles to the advancement of women, has social and economic costs and seriously jeopardizes the progress and prosperity of the world. November 25 has been designated as the ‘International Day for the Elimination of Violence against Women’, initiated in 2009 to mobilize civil society, activists, governments and the United Nations (UN) in order amplify the impact of a united world to end violence against women globally.

Sri Aurobindo Rural & Village Action & Movement (SARVAM, an initiative of Sri Aurobindo Society), in association with US Consulate, has been conducting English Access Microscholarship Programme since 2013, through which 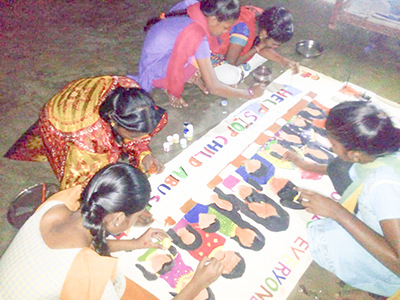 the students in the village learn English language through varied activities and mediums. As a part of the English Access Program, several international days and occasion are observed by the SARVAM children to educate them and generate awareness. The International Day for the Elimination of Violence against Women is a very important and apt opportunity for making the students cognizant about gender equality and an understanding for the urgent need to prevent and end the violence towards 50% of the world population.

To observe this day, on November 25, 2018, the teachers of the English Access classes explained to the students the significance of the day and why it was important for all—men and women, boys and girls—to fight this scourge from all human existence. After the information was imparted by the teachers, the students created posters and wrote slogans on cloth, watched educational films and held discussions on how they personally experience violence in their day-to-day lives and what can be done to prevent it, highlighting the importance of keeping our world free of gender-based aggression and cruelty. 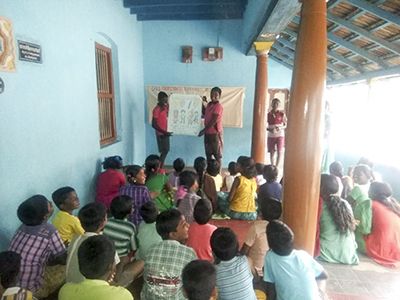 This enhancement activity helped the students practice their English as well as augmented their knowledge about the inequalities and discriminations in the world.