News from Our Centres and Branches 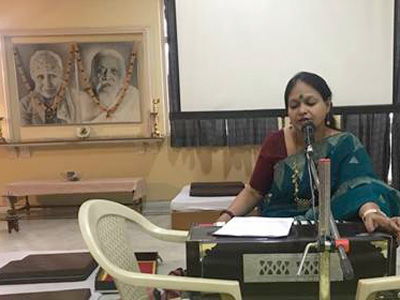 Screenings of video talks on subjects related to Integral Yoga of Sri Aurobindo and the Mother continued at the Noida branch in October 2018.

On October 7, 2018, a video film on “Evolution Fast Forward Part-1 & Part-2”was shown. Meanwhile, Deepak Srivastava offered a devotional song at the feet of the Mother and Sri Aurobindo.

On October 14, a film on Integral Yoga of Sri Aurobindo on “Evolution Fast Forward Part-3” was screened. On the Occasion of Navratri, Srabani Nag offered a song and also explained the nine forms of Ma Durga. 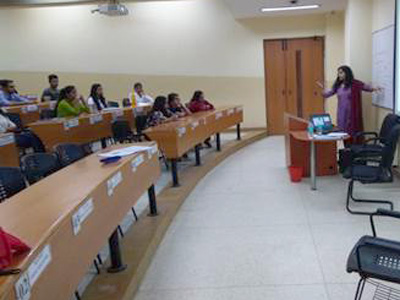 A video recording of a discussion between Narad Da (Richard Enggenberger) and Dr. Alok Pandey on Integral Yoga was shown on October 21. While an “Auricular Therapy” Camp was held by Sunetra Ojha and Dr. Amit Jain of SEVA-DHAMPlus.

AuroYouth trainers conducted seven Youth Camps in Jaipuria Institute of Management in Noida on October 27 and 28, 2018. On October 27, the teams conducted four camps and on October 28, they conducted three camps.

On October 28, a video recording of a talk by Dr. Alok Pandey on “Sanatan Dharma & Sri Aurobindo’s Evolutionary Yoga” was screened. 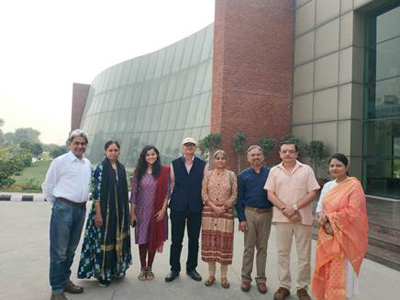 We invite sadhaks with good writing and verbal communication skills to offer their services for 4 hours only twice a week. The time slots are 9 a.m.–1 p.m. and 1 p.m.–5 p.m. Their contribution can be of immense help to us in managing the branch and implementing some of our social welfare programmes.

We welcome young volunteers who can work on our Facebook page and create and maintain our website. Work on the social media will ultimately help all of us in staying connected with each other, and also in reaching out to new sadhaks.  You may ask young members of your family if they would like to volunteer. 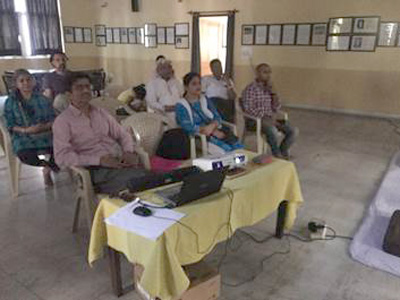 Our Meditation Hall is now open from 9 a.m. to 8 p.m. It also houses our library, which is the finest spiritual library in Noida.

Sales Counter for Books and Agarbattis

SABDA publications and Agarbattis and related products from Auroshikha and Cottage Industries from the Ashram, Puducherry, are available at the Sales Counter which remains open from 9 a.m. to 6 p.m. on weekdays and 9 a.m. to 1 p.m. on Sundays. 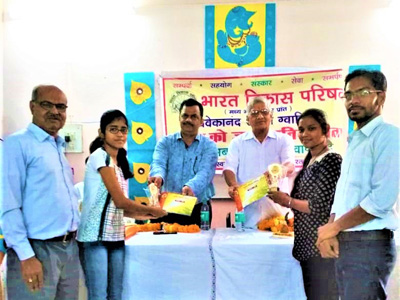 On October 26, 2018, Dr. Suresh Chandra Sharma was invited by Central School No. 5 (Shashtri Nagar) as a chief guest to address participants of the programme. A quiz competition on Indian Culture was organized by Bharat Vikash Parishad in which students of four schools participated. Dr. Sharma addressed the audience on Indian Culture in the light of Sri Aurobindo and the Mother.

Sri Aurobindo Society’s Gwalior centre organized a programme on October 28, 2018, primarily for those students who would be appearing in the Gita examination to be conducted by Sri Gita– Ramayan–Samiti, Gita Bhawan, Rishikesh in Uttarakhand in November 2018. R S Sahu addressed the students guiding them on the types of question papers expected and on how to prepare for the examination. Meanwhile, Dr. Sharma made the students familiar with the main characters of the Mahabharata in the context of the Gita examination with the help of PPT. About 40 persons attended the programme including students, members and well-wishers. 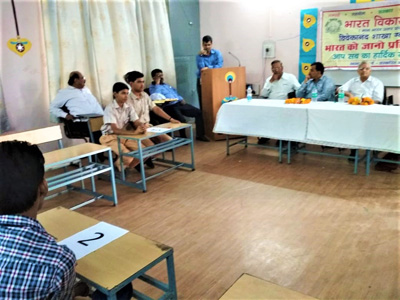 Along with this the centre also celebrated Sharad Purnima and Kartik Mahotsav. Members of the centre also remembered Sister Nivedita on her birthday on October 28th. Dr. Sharma explained in details the significance of Kartik month in Indian culture which begins after Sharad purnima.

Our Bhopal centre conducted a “One Day AuroYouth Camp” at Maulana Azad Government Library, Bhopal, on October 13, 2018. Vandana Sharma, Director of the library, coordinated the camp for which 74 youths registered. However, far more young people attended the camp in which a question and answer session was also held.

Another one-day AuroYouth camp at DAV Higher Secondary School, TT Nagar in Bhopal was conducted on October 30, 2018. Forty-two students attended the camp and its activities were