AuroYouth Camps at Mumbai and Bhopal 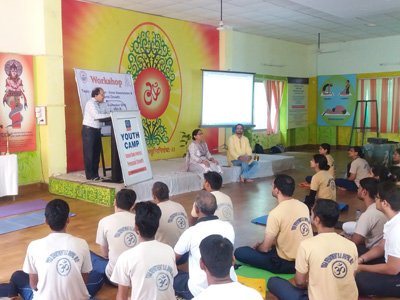 Camp at Mumbai
AuroYouth, the youth wing of Sri Aurobindo Society, conducted a one-day Youth Camp on September 2, 2018, at Mumbai, Maharashtra. Ms. Anahita Sanjana from Mumbai Branch facilitated the sessions. A total of 27 youths from and around Mumbai, from different walks of life, participated in the Camp. They belonged in the age group of 18–30 years. 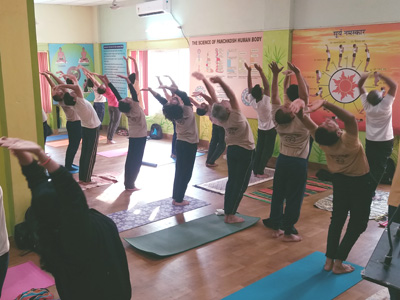 To create an atmosphere for the Camp, the facilitators had put up posters with lines from Savitri that were meaningful to the youth that attend the Saturday ‘Savitri’ class. To begin with, the participants were asked to go around and write down lines from the posters that reached out to them. This was followed by a discussion that led to an introduction to the author of the epic, Sri Aurobindo. Later, in the first break, one of the participants shared with the camp organizer: “I’m so glad we began this way because once we know Sri Aurobindo, we were more open to listening to what was taught afterwards.”

This was followed by a session on inner awareness where the pancha koshas (five sheaths that provide us with a road map for better understanding of our psychological and spiritual development) and the interrelationship between them were explored. The Youth participated in wonderful activities during this session to bring out the meaning of what was discussed.

After lunch there was a session on ‘Aim of Life’. It was concluded with a little discussion on the future of AuroYouth and the vision of the Mother and Sri Aurobindo. The little booklets ‘Seeds of Light’, containing some apt messages from the Mother, were distributed, and a feedback on the Camp was collected. The participants expressed great enthusiasm in spreading the word about all they had learned. 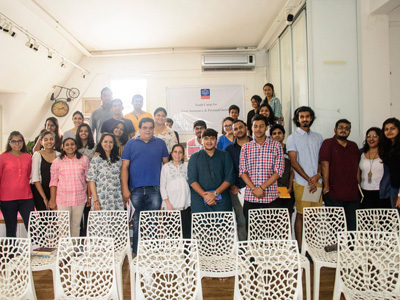 A one-day AuroYouth Camp was held at Barkatullah University, Bhopal, on September 15, 2018. It was a meditation-based workshop based on the teachings of Sri Aurobindo and the Mother. The sessions deliberated on meditation as whole and how it can be helpful in the development process of one’s ‘Inner Awareness and Personal Growth’.