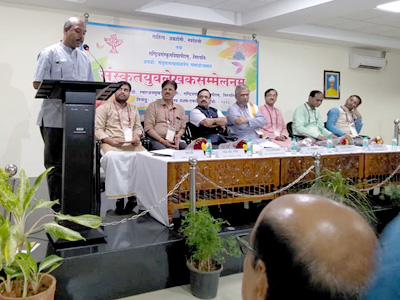 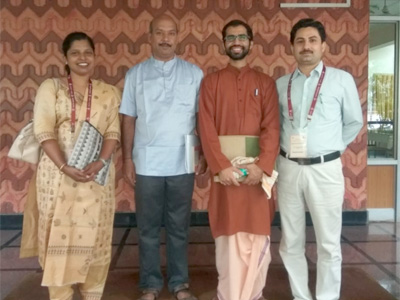 On August 11 and 12, 2018, the Kendra Sahitya Akademi organized a two-day literary programme at the Rashtriya Sanskrit Vidyapeetha, Tirupati. Dr Sampadananda Mishra, Director—SAFIC, was invited for a storytelling session in which he narrated two original Sanskrit stories written by him for the age group 12 and above.

Organized at the Central Library, Teaching Learning Centre of Indian Institute of Technology Madras (IITM), an intense workshop was organized in which 20 students from various departments participated. The workshop addressed topics such as ‘Nature of the Mind’, ‘How to Silence the Mind for Greater Concentration’, ‘How to Open Oneself to Hear the Purest Sound Called Matra’, etc. The workshop was meant to help in affirmative thinking, reducing stress, enhancing mental clarity and memory; expanding the senses, engaging creativity and producing feelings of happiness and joy; and most importantly, in silencing and integrating the mind, allowing the entire consciousness to vibrate with the Mantra; ultimately leading to a meditative state. 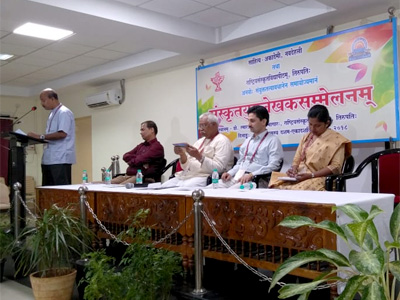 NAMAH—The Journal of Integral Health and Sri Aurobindo Centre for Advanced Research (SACAR) jointly organized a ‘Living Within’ Study Camp on August 25–26, 2018, titled ‘Yoga as a Way of Living’. Dr Sampadananda Mishra conducted a talk titled ‘Samatvam—Equality and Equanimity’. He explained that a person whose mind is in the state of ‘samatvam’ accepts all states of mind and circumstances—joy and sorrow, victory and defeat, heat and cold, equally—not just equally, but equally. He accepts all the conditions and situations as a bequest from the divine, and therefore accepts them with equal delight. 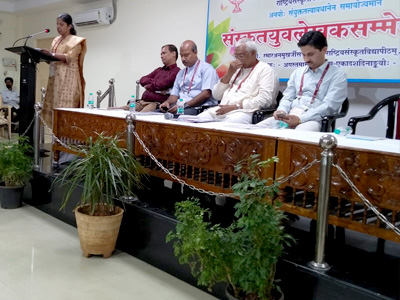 From August 27 to 29, 2018, Dr. Mishra along with Dr. Kalyani conducted a specially designed workshop on prenatal education to promote SAFIC’s work on prenatal education (in the light on the teachings of Sri Aurobindo and the Mother) and the Dhyanbaby prenatal education of Dr. Kalyani. This workshop was hosted by Prestige Institute of Management, Indore. The participants at the workshop included experienced gynecologists, counselors, educationists, pregnant women and couples planning pregnancy.

Talk on ‘Leadership Qualities’ in the Light of the Gita

On August 31, 2018, Dr. Sampadananda Mishra delivered a talk at the Prestige Institute of Management Indore on ‘leadership traits’, as elucidated in the Gita. The Talk was attended by 180 students and their faculty members.

Talk on the Vedas at Sri Aurobindo Society, Indore Centre

Taking the opportunity of having Dr. Mishra in their town, Sri Aurobindo Society, Indore Centre invited him to deliver a talk on the Vedas.

Dr. Mishra also delivered a talk on the topic ‘Sanskrit—The Carrier of India’s Cultural Heritage’ at a career-counseling centre at Indore.