News from Our Centres and Branches — July & August 2018 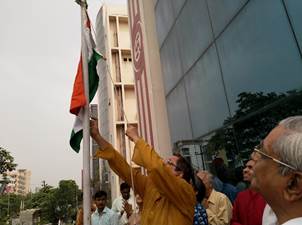 On Darshan Day (August 15 2018), Sri Aurobindo’s 147th Birthday and India’s 72nd Independence Day were celebrated at our Noida Centre. Following the flag hoisting, flowers were offered by sadhaks at the Shrine. Later, children of Bal Vihar performed patriotic songs, followed by a talk by Arun Naik on the topic – “Sri Aurobindo's Nationalism”. The programme culminated with a group meditation. 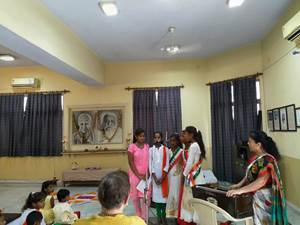 Besides, on August 5, as a part of a series of Video Talks on subjects related to Integral Yoga of Sri Aurobindo and the Mother, a video show on Dr. Alok Pandey’s talk on “The Journey of Yoga” was presented. On the following Sundays, on August 12, 19 and 25, videos of Dr Pandey’s talks on the following topics – “The Practice of Integral Yoga”, “Introduction to the Inner Journey in Integral Yoga” and  “Moral, Religious & Spiritual life” were also shown at the centre.

On August 19, Strotas from Upanishads were chanted and devotional songs/bhajans were sung as musical offering by Mrs. Srabani Nag.

On the same day, a camp on “Auricular Therapy” was held by Mrs Sunetra Ojha and Dr Amit Jain of SEVA-DHAMPlus.  Around 75 persons, including underprivileged children and their parents, benefited from the Camp. 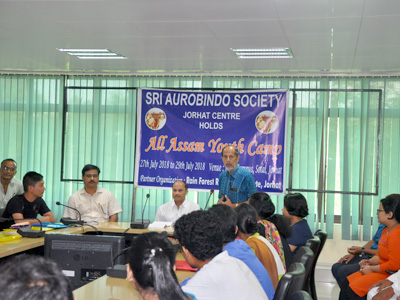 Among the students and two scholars who participated, nine were girls and 11 boys from Assam, Silchar (2), Digboi (1), Guwahati (2), PDUAM, Jinjia, Biswanath Chariali (5), Jorhat (9), Tezpur (1). The students were lodged in the Guest House of the Institute. 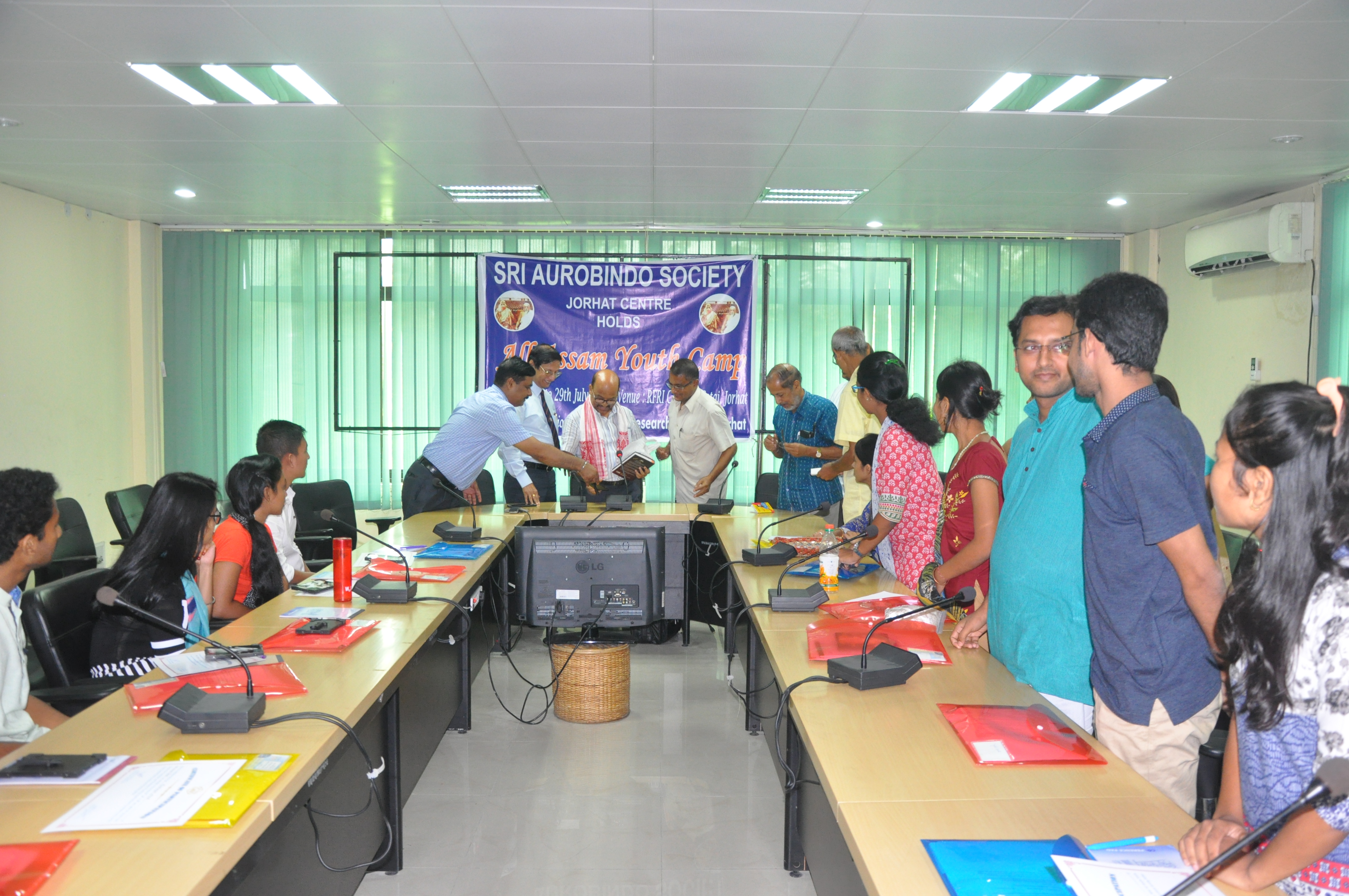 The camp’s topics included the following: Sri Aurobindo’s life and philosophy; Integral Education; Integral Health; Sufism and Sri Aurobindo’s thoughts, Environment; Spirituality in Art. To help the students in their own life and also to extend service to the community, they were briefed on the  scope for income generating by setting up small industries based on local resources. There was a session on Team building, TA concept, and Communication.

A documentary on the Mother was also screened. Hitendra Nath Goswami, Hon. Speaker, Assam Assembly, graced the valediction programme when he distributed the participation certificates and framed photos of the Mother and Sri Aurobindo.

Members of our centre chalked out a road map for the future which includes opening of a new centre, setting up Sri Aurobindo Study Circle in colleges, conducting programmes for the community on Mushroom cultivation, tree plantations, bamboo-based small units, etc.

A refresher programme has also been planned, scheduled to be held in January 2019. 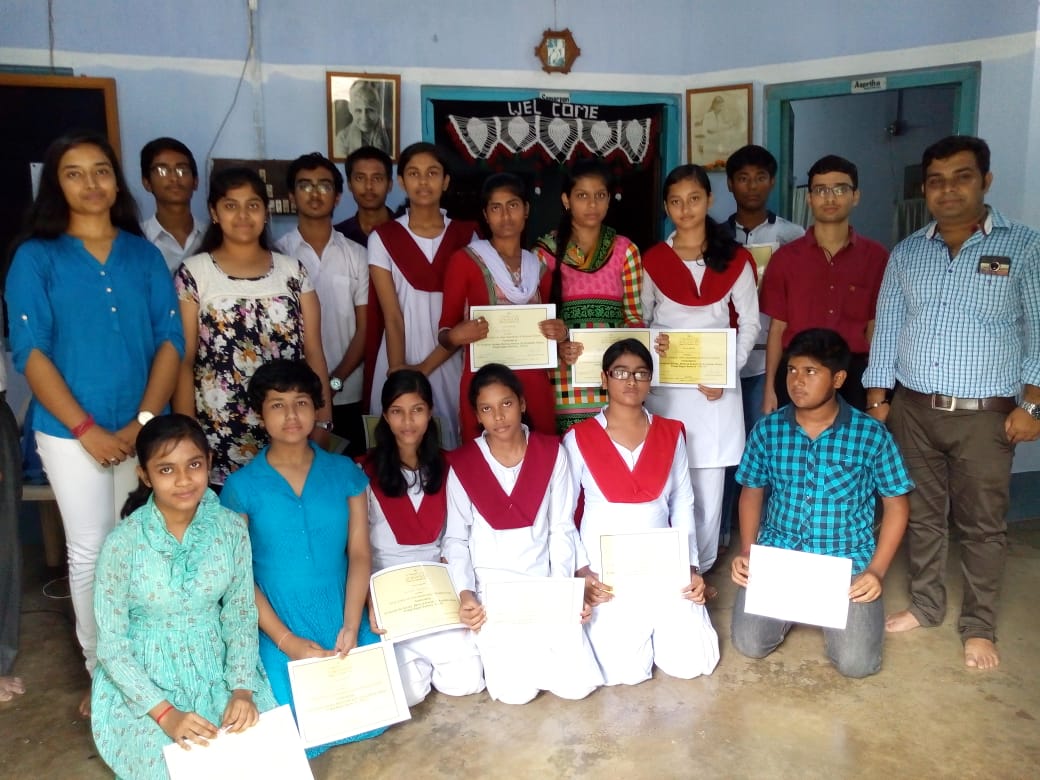 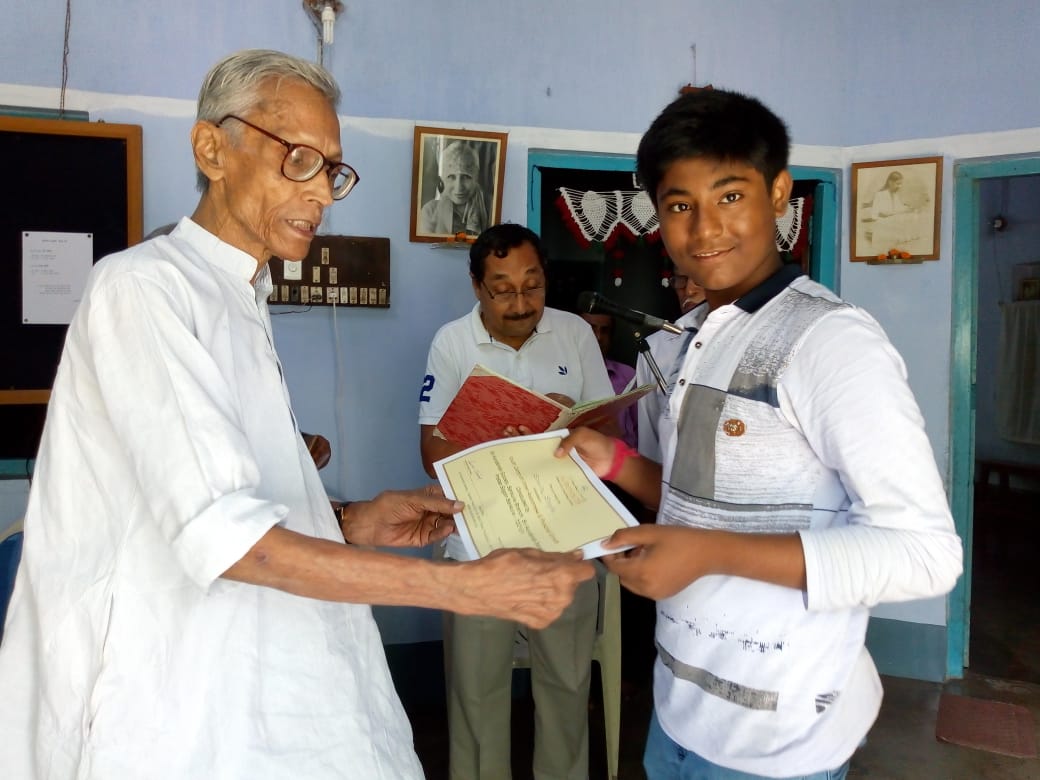 Participatory activities were conducted wherein participants were asked to clap to the beats of an App called “simple Metronome”. The tempo was altered from time to time and participants matched the beats; furthermore, they were made to guess various 3-lettered and 4-lettered words for which clues were given while clapping.

The concluding session turned out into an interesting discussion on inner awareness and its necessity for progress followed by distribution of certificates.

An AuroYouth camp was conducted on August 18, 2018 at GIET Engineering College, Rajahmundry, West Godavari in Andhra Pradesh, with Prakash and Udday as facilitors and around 70 students participated in it. Dr. Savitri Pratap took the lead in all the activities and ensured their successful implementation.

The camp was launched by college Principal Valli Madhavi, who addressed the students with a brief introduction to Sri Aurobindo Society – Kovvur Centre. The main theme of the camp, she pointed out, was on “Values for Success” and encouraged students and the faculty to be a part of this camp.

The morning session was led by Chella Prakash, who introduced the purpose of this workshop and explained the “Aim of Life”. He began the session by addressing the students with presentations and asking questions at an individual and collective level. He explained by telling the students a short story – “Master and Zen Archer,” which the students felt connected to. Following the first session, the participants were asked to arrange all the chairs in the shape of a flower. Few participants took the lead by themselves making sure that the chairs were placed in the right order. After this, Prakash conducted an intense meditation session.

G. Uday Kanth took the next session on “Values for Success”, which started by emphasizing on the topic “Aim” in each one’s life and how the quality of life will depend on the quality of aim which one has set for oneself. Uday Kanth took up the topic “Courage” and shared a few of his personal experiences. Finally, Chella Prakash gave an introduction to Sri Aurobindo, the Mother and Sri Aurobindo Society via presentation.

The workshop concluded with a Vote of Thanks by Dr Savitri – Secretary, SAS – Kovvur, who urged the students to be a part of their local Centre and Kovvur centre followed by certificate distribution which was done by the principal, other faculty members ending with a photo session. 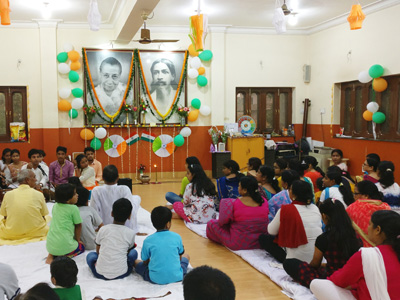 Sri Aurobindo’s 147th birthday was celebrated on August 15, 2018, at Sri Aurobindo Society’s Hesal Branch in Ranchi in the evening from 5.30 to 7 p.m. The branch’s Matri Mandir and Hall were decorated with flowers.

The programme, which was attended by around 160 people, started with meditation followed by a talk on the life of Sri Aurobindo by P K Nandy and Sri Chiranjeevji. Following this, bhajans were sung by students and teachers of our classical music training section. The programme ended with Vande Matram and Maha Prasad was distributed to all. 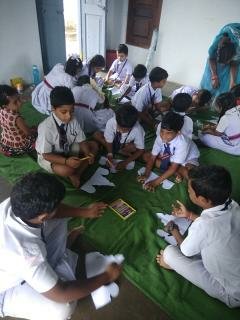 On August 15, Sri Aurobindo’s 147th Birthday was celebrated at our Kovvur centre in AP with meditation, chanting of Durga Stotra and singing Vande Mataram.

The high point of the day was hoisting the Mother’s flag which was done for the first time in Kovvur town. Dr Savitri Pratap, Secretary, Kovvur Centre, who has been taking care of all the activities of the centre, took the lead and organized a Children’s camp on that day. The camp was facilitated by Shankar, the Integral Education practitioner from Puducherry. The camp was received with great joy and enthusiasm by all the 50 students, parents and other organizers who attended.