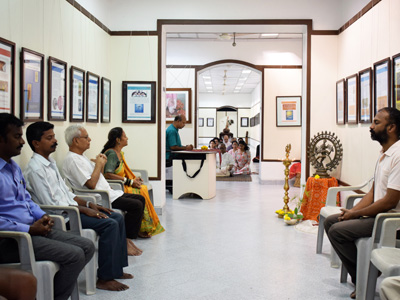 “Each nation is a Shakti or power of the evolving spirit in humanity and lives by the principle which it embodies. India is the Bharata Shakti, the living energy of a great spiritual conception, and ﬁdelity to it is the very principle of her existence.” —Sri Aurobindo, CWSA, 20: 57 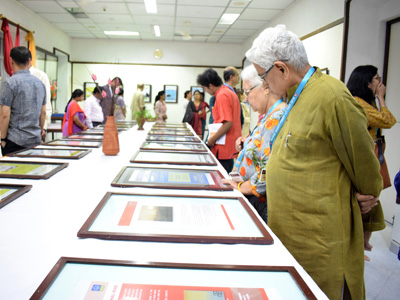 What is this ‘Bharata Shakti’, this living energy of our country known as India? An exhibition was organized by Sri Aurobindo Foundation for Indian Culture (SAFIC), from August 17 to 19, 2018, in an attempt to explore this question. It was conceived as a discovery or re-discovery of this immortal Bharata—the force that is behind India’s persistence, survival and revival. We hoped to highlight that inner force, that living energy, that Shakti of Bharata which will continue to lead her toward a new future, a renaissance of sort but one that is true to her spirit, to her swadharma and swabhava. 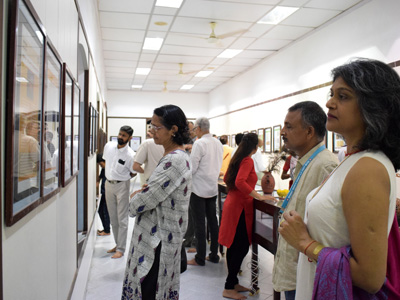 Sri Aurobindo’s perfectly conceived definition of a culture was our foundation, rather our guiding spirit. He speaks of culture as an “expression of a consciousness of life which formulates itself in three aspects”: A side of thought, of ideal, of upward will and the soul’s aspiration; a side of creative self-expression and appreciative aesthesis, intelligence and imagination; and a side of practical and outward formulation. 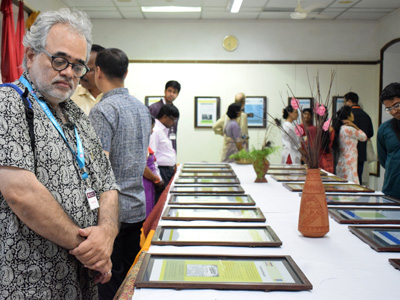 It should be clear that these three aspects are in fact nothing but the Soul, Mind and Body of the culture of a people.

This exhibition was a journey into all these manifestations of Bharata Shakti over the long march of India’s evolution as a civilization spanning to the future of an ever-progressive and resurgent society.

Here is a few glimpses of the ‘Bharata Shakti’ Exhibition through a photo album.