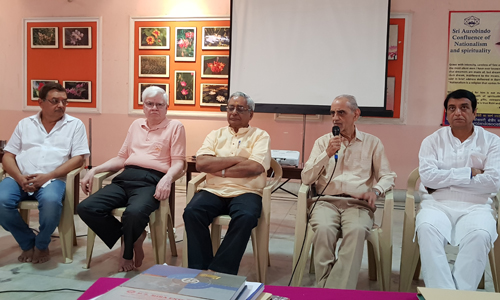 The object of the Camp was to orient the trainees in taking the message of Sri Aurobindo and the Mother to the youth of India through various activities, with youth camps being the flagship programme. The sessions were mainly conducted by Arun Naik from Noida Branch, Srinivas Mulugu from Hyderabad Branch and Shivakumar from Puducherry Head Office of the Society. 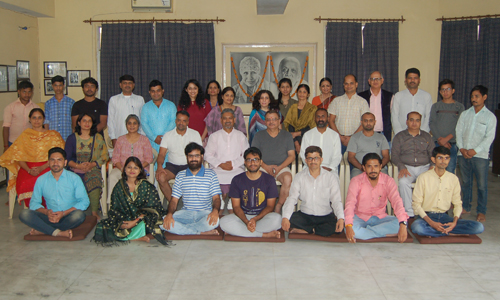 Detailed sessions were held on Presentation Skills and the participants had the opportunity to practice them live with laptops & projectors. Some important sessions on meditation, the synthesis of yoga, aim of life, virtues for success, overview of Integral Yoga, psychic being in Integral Yoga, major works of Sri Aurobindo and the Mother, working with youth, fundraising, implementation of the Mother’s teachings in office and family life were held. Several panel discussions took place between the participants and the faculty members on the ways to work with the youth, how to introduce Sri Aurobindo and the Mother to the society at large, and how to work with branches and centres. A few hands-on activities meant for the youth were also introduced to the participants.

Along with an exposure to the vision and mission of AuroYouth, the focus was on the importance of sadhana, practice of Integral Yoga, in one’s life as the foundation for the work of the renaissance of India.

The camp concluded with a collective invocation, to maintain the aspiration to work with the youth of India to make the dream India of Sri Aurobindo come true.