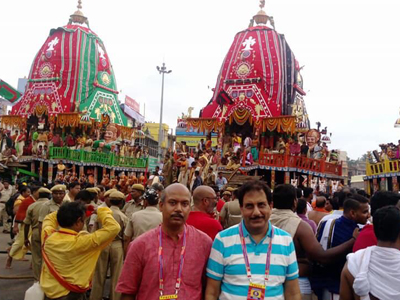 From July 2 to 6, 2018, Dr. Sampadananda Mishra, Director, SAFIC, conducted a five day Sanskrit intensive course at the Department of Civil Engineering at IIT Madras. A total of 25 participants attended the course.

Dr. Mishra emphasized that the most practical value of learning Sanskrit lies in the fact that it trains the mind to think logically, brings clarity of expression, develops intellectual strength and provides keen insight into the meanings of the words. The vibrational quality of Sanskrit has a direct impact on the functioning of the brain, and can help in enhancing memory and the ability to concentrate. Moreover, the language helps in the growth of consciousness and has immense power in bringing a greater transformation. 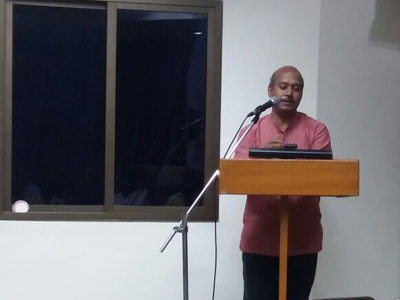 Bhagwan Jagannath Ratha Yatra or Lord Jagannath Chariot Festival is a Hindu festival held at Puri, Odisha, India. It is the oldest chariot festival in India and the world, whose descriptions can be found in Brahma Purana, Padma Purana, Skanda Purana and Kapila Samhita. As part of Ratha Yatra, the deities of Lord Jagannath, his elder brother Balabhadra and younger sister Subhadra are taken out in a procession to Gundicha Temple and remain there for nine days. They are also accompanied by Sudarshana chakra. The return journey of Puri Jagannath Ratha Jatra is known as ‘Bahuda Jatra’. 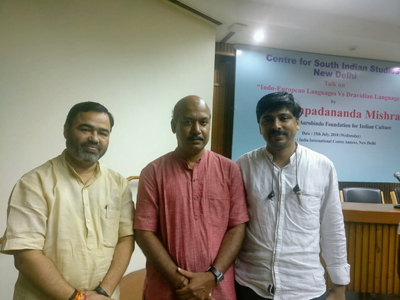 Three richly decorated chariots, resembling temple structures, are pulled through the streets of Puri called ‘Badadanda’. This commemorates the annual journey of Lord Jagannath, Lord Balabhadra, and their sister Devi Subhadra to the Gundicha Temple which is situated at a distance of 2 km from their temple. This is the only day when devotees who are not allowed in the temple premises, such as non-Hindus and foreigners, can get their glimpse of the deities. During the festival, devotees from all over the world go to Puri with an earnest desire to help pulling the Lords’ chariots with the help of other priests pulling the chariots with ropes. They consider this auspicious deed. The huge processions accompanying the chariots play devotional songs with drums, tambourines, trumpets etc. Children line the streets through which the chariot will pass and add to the mass chorus. The Ratha or chariots are approximately 45 feet (14 m) high and are pulled by the thousands of pilgrims who turn up for the event; the chariots are built anew each year only from a particular type of tree. Millions of devotees congregate at Puri for this annual event from all over the country and abroad. It is also broadcast live on many Indian, foreign television channels as well as many of the websites telecast Jagannath Ratha Yatra live. 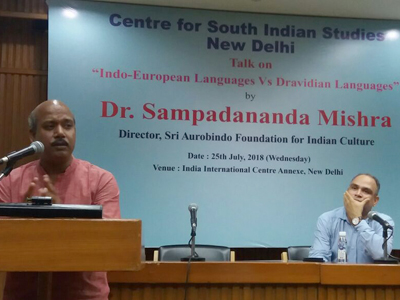 The Rath Yatra was live telecast through the national television channels DD National, DD Bharati and DD India. The sacred festival was also streamed live through the National Informatics Center and is available at: https://rathjatra.nic.in/rathjatra_2018.html

Dr. Mishra was invited by the Center for South Indian Studies (CSIS), Delhi, to deliver a talk at India International Center on July 25, 2018 on ‘A Comparative Study of Indo-European Languages versus Dravidian Languages’. The talk was attended by around 40 people and was well received.