News from Our Centres and Branches June 2018 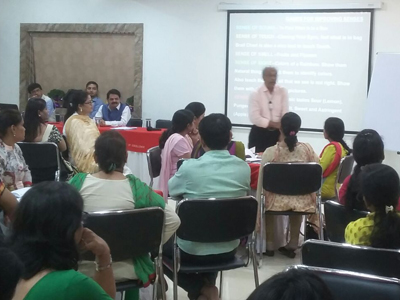 An introductory Integral Education Workshop was held at three schools in Chhattisgarh namely, Krishna Public School, Raipur; Sri Shanakaracharya School, Bhilai and Khalsa Public School, Durg. All schools are affiliated to CBSE. IE Workshops were held on three different dates between June 7 and 10, 2018, at their respective campuses. The average participation of teachers in each school, from primary, secondary and higher secondary levels was around 55 (totaling to about 165). Other non-teaching staff of about five to six also participated in each school. The IEW module was in audiovisual format, of 5 hours duration each, with a lot of interaction with teachers.

The module touched upon the following issues very briefly, as the entire deliberation was introductory in nature.

Response from all the participants was very proactive and the receptivity was excellent. They all want to implement IE in their regular teaching curriculum, but their concerns are being able to do it without affecting the current syllabus they follow and teach. 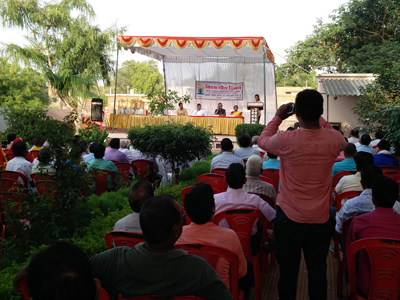 Response from Management generally was positive and proactive. They were primarily interested in knowing the costs involved. How much time can their teachers spare to get trained? What are the benefits of implementing IE? How long is the hand-holding after they implement IE? What are the collaterals we provide to teachers, etc.? As expected, they asked for a detailed implementation procedure along with cost impact per teacher.

We can take forward implementing IE at least in two of these schools (following management consent, of course), so that they become our launching platforms in Chhattisgarh. Once this model is successful and accepted, it can be replicated in other schools and other states, by the respective state committees of SAS. Such State committees have to be guided by AuroPath at least initially. The time appears to be very ripe now with all peripherals and collaterals available with us, for implementation of IE. After conducting these workshops, it is suggested that the entire programme of implementation to be in three parts: 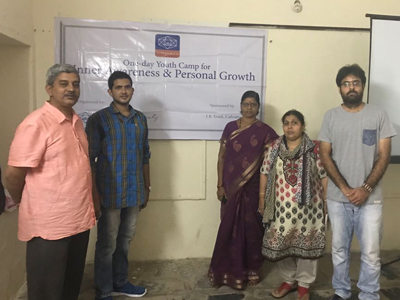 First: Introduction to IE (4 to 5 hrs module) – Preferably by a senior member who is well-versed with IE modalities as this is going to be the first impact factor.

Second: Fundamental Principles of Integral Education (8 to 10 hrs sessions) – can be done preferably by resource persons from SAS.

Awards were presented to eight staff members of two schools on the occasion.

Dr. Bhalendu gave the background of the establishment of the Endowment Fund in 2006 and mentioned that this was the 13th centenary oration. 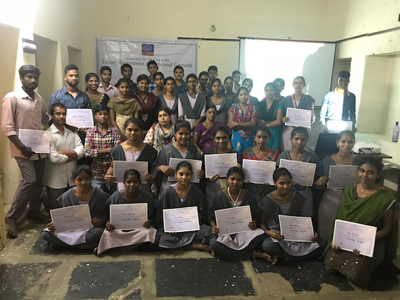 On the occasion of International Yoga Day, a programme was organized at the Society’s Sultanpur branch on June 21, 2018. The chief guest on the occasion was Dr. K N Singh of Rajarshi Purushottam Das Tandon Open University, Allahabad, who gave a talk on the importance of yoga in our life.

A youth camp entitled ‘New Light’ was conducted by the Jaipur branch of Sri Aurobindo Society on June 24, 2018. The number of students attending the camp was 15 and the centre has been conducting youth camps every month since 2017.

The camp began with quotes from the Mother and Sri Aurobindo and covered a range of topics from Science, Culture, Nationalism, Character Building, National Symbols, the Constitution of India, National Leaders, Public Speaking, Inspirational Birthday Messages of our Leaders among many others. 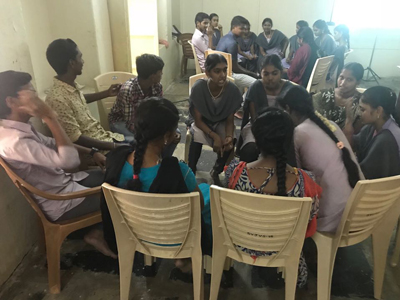 On July 3, 2018, there was a one-day AuroYouth Camp held at SVJV Sanskrit College, Kovvur, West Godavari in Andhra Pradesh.

The programme started by the Principal Dr. C Rama Devi addressing the students with a brief introduction to Sri Aurobindo Society – Kovvur Centre. She highlighted this camp to be on “Values for Success” and encouraged students and the faculty to be a part of this camp.

G. Uday Kanth began the day’s session by calling out “Vande Mataram”, which raised the spirit of the students. The later session was led by Nagarjuna, who explained the “Aim of Life”. He began the session by addressing the students, showing them presentations and asking questions at an individual and collective level.

The next session was on “Inner Awareness” by G. Uday Kanth, which started with handing the students an activity sheet on which they had to write the name of their true individual self, which left the students thinking. Besides, they had to write on physical, mental and vital aspects, explaining the various illusions of the mind and how emotions control, highlighting the body and its importance. He also took up meditation. 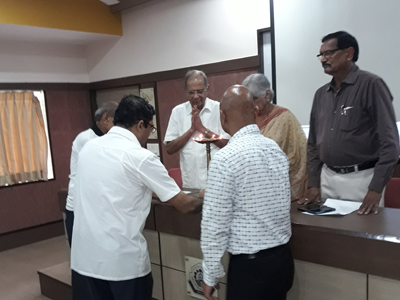 Post-lunch, Uday, Nagarjuna, Lalita conducted participatory activities. The first activity was about how quickly our senses work; they also conducted activities on how to concentrate and how to be conscious of the surrounding and within. Later, the entire batch was divided into five groups and the youth were asked to participate in a group activity. The students actively participated and enjoyed this session the most.

Finally, Uday Kanth gave an introduction to Sri Aurobindo, the Mother and Sri Aurobindo Society via a presentation.

The workshop concluded with a Vote of Thanks by Dr. Savitri – Secretary, SAS – Kovvur, who urged the students to be a part of the local centre followed by the distribution of certificates by the college principal.