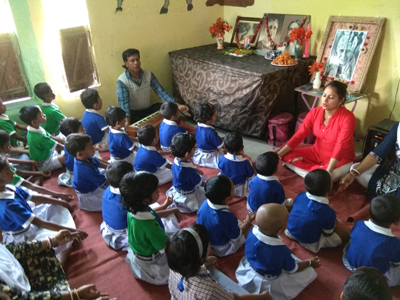 Bengali New Year is celebrated by a large number of people throughout the country every year, and our school too marked it this year on April 15, 2018, with great joy and enthusiasm. The rehearsals began early from April 1 to 13, 2018, and students practiced every evening during their first-term exams. Students of Sri Aurobindo Siksha Kendra and Bishnupur Uchchal Probaho jointly performed drama and dance through the day and sang numerous Bengali songs apart from reciting rhymes. The evening turned out to be a very successful one. 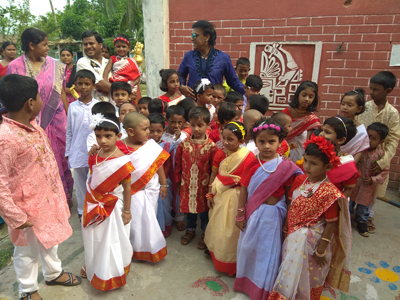 On Parents–Teachers meeting held on April 19, 2018, our teachers explained more about Integral Education to the parents. The latter also participated in some games to improve their mental faculties.

Apart from regular classes, special emphasis was given on E.V.S. Class from 23 to 27 April, 2018, in which concepts about the universe and our solar system were explained to the children.

On April 24, 2018, a programme was organized to observe the Mother’s final arrival day in Puducherry. We started the day with a special meditation following which the teachers gave talks on various aspects of the Mother’s life. We distributed sweets to all at the end of the programme. The first-term results were also declared on that day and report cards were distributed to all the guardians present.