‘Train the Trainer’ Camp at Noida for AuroYouth Executives 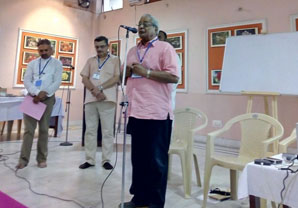 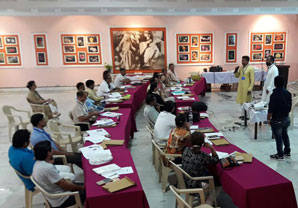 The object of the Camp was to orient the trainees in taking the message of Sri Aurobindo and the Mother to the youth of India through various activities, with 1-day youth camps being the flagship programme. Over the last 3 years, AuroYouth has conducted nearly 100 such Youth Camps in several colleges across India, touching more than 3,000 youths. 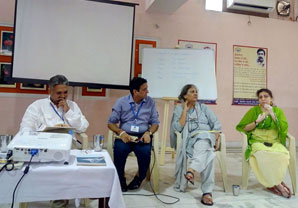 The main coordinators of the sessions of the camp were AuroYouth directors—Shri Arun Naik from Noida Branch, Shri Srinivas Mulugu from Hyderabad Branch and Shri Shivakumar from Head Office of the Society, Puducherry. On the first day, after a brief introduction to the AuroYouth programme and its progress over the last 3 years, the content of its flagship programme 1-day youth camp was introduced to the participants. The topics included Aim of Life, Developing Inner Awareness, Values for Success, Introductions to Sri Aurobindo and The Mother. These sessions also included a lot of tips on how to approach youth and engage them in an interesting and challenging way. 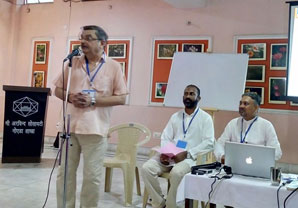 After that, each participant was asked to make two to three presentations covering the above topics, to their respective groups. The participants were also given an introduction to the Integral Yoga of Sri Aurobindo, important differences between Integral Yoga and other paths. This was followed by a summary introduction to the major works of Sri Aurobindo’s, namely, The Life Divine, Synthesis of Yoga, Essays on the Gita, Letters on Yoga, and Savitri, and Collected Works of the Mother, along with the importance of reading them regularly and also on how to read them.

On the final day, Smt. Kirti Adhikari and Shri Manoj Sharma were among the guest speakers, and they shared the experience of their work with youth. During the 4 days of the Camp, there were detailed sessions on all aspects of preparing oneself and conducting camps were dealt with, and the last session of the camp involved planning of the future work. The camp concluded with a collective invocation, to maintain the aspiration to work with the youth of India to make the dream India of Sri Aurobindo and the Mother come true.