News from Our Centres and Branches in Uttar Pradesh 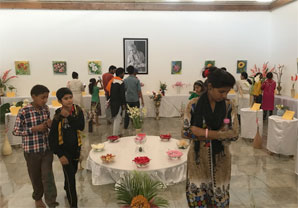 With this thought in our minds and hearts, October 2017 onwards our Paigamberpur branch has been focusing on putting together a cultural offering to be presented for Auroville’s 50th birthday on February 28, 2018. 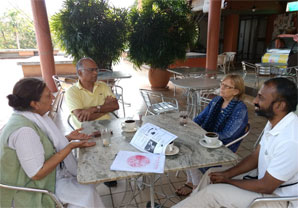 The idea was conceived during the 2016 ‘Oneness Camp’ in Nainital. And in order to take this ‘Oneness’ concept forward, it was envisaged to give a joint presentation by a few of our rural Centers from North India.

A concrete shape was given by Jaya from Auroville and Shivakumar and Kirti Adhikari after taking a go ahead from Pradeep bhai. Following this, Kirti Adhikari took the initiative of taking this forward, while Ravi Khandelwal ji from the Rudrapur Center was most enthusiastic and gave his full support in the entire endeavour.

The team comprised of 26 children and young adults from Paigamberpur, Rudrapur and Shyamkhet – Bhowali.

Madhavi Ben accompanied the whole group during the long train journey to Auroville and during their stay and the return journey, taking care of all the children with two attendants Pushpa and Rekha from the Paigamberpur centre and a school principal Ashish from Bhowali.

Music at the event was coordinated by Uttam from the Society, Puducherry, while Riddhi, Amrita and Shruti handled photography and videography. Our presentation was made twice – once at the Unity Pavilion in Auroville and a shorter version at the Society House, Puducherry. 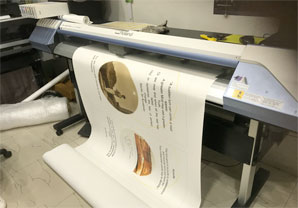 The theme of the presentation was,

An Offering
One idea . . . One direction . . . One goal
Growth of Consciousness

During the nine days’ stay in Auroville, along with preparing and presenting, various other activities and sessions were conducted keeping in mind self-development of the participants. 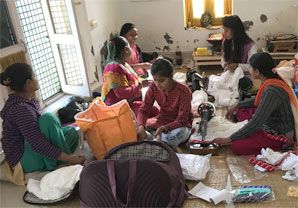 Mean while, the Paigamberpur Centre has been converted into a Branch. More efforts are afoot to motivate local members to take responsibility of the Branch.

And taking forward our work of conducting youth camps, efforts are on to realize the two-fold process of widening and deepening. For spreading awareness about Sri Aurobindo and the Mother’s Integral Yoga among the young, at least two first-level camps would be organized for the Hindi belt in the next six months. For deepening and strengthening the process, a second-level youth camp is being organized in June 2018 in Jhunjhunu.

Participants for the second-level camp would be selected from the two first-level youth camps conducted by us. This would be jointly organized with ex-students of Sadlec, Jhunjhunu, who are well versed with Sri Aurobindo and the Mother and their Integral Yoga. The camp’s theme would be ‘India’, her past achievements and her role in the world as envisaged by Sri Aurobindo and the role of youth to fulfill this destiny.

Finally, there are plans to conduct a session on the Gita in light of Sri Aurobindo to be held in Jhunjhunu for a group of women from Gurgaon. 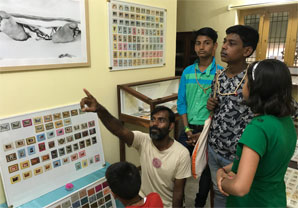 A film titled “Veda and Physics: The Science and the Technology of the Unified Field” was screened on March 17, 2018.

Besides, weekly Savitri Study Circle were conducted by Prabhjyot Kulkarni. While Meditation & Yoga classes by were taken by Yogacharya Gopal Singh Kathayat.

The Noida branch’s Meditation Hall remains open from 9 a.m. to 8 p.m. It also houses a library – the finest spiritual library in Noida.