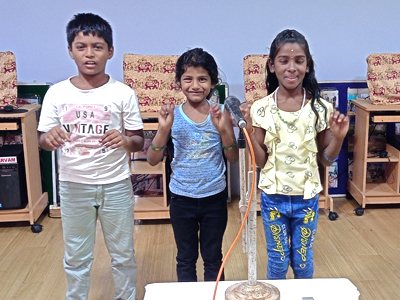 Child labour refers to the exploitation of children through any form of work that deprives them of their childhood, interferes with their ability to attend regular school, and is mentally, physically, socially and morally harmful.

SARVAM wanted the students to understand the importance of education in their early years.

After the closure of Covid-19, students were distressed and disheartened.  The awareness program aimed to help the children act proactively and engage in creative and thoughtful activities.

As part of the programme, drawing, elocution, drama, and an essay writing contest were conducted. 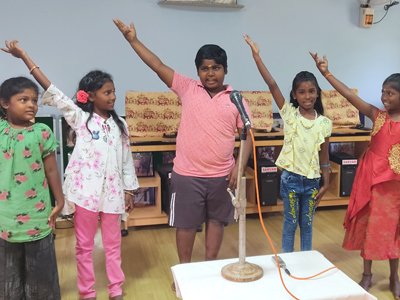 SARVAM wanted to instil the idea that a child has the right to learn only and not earn.  SARVAM believes this would contribute significantly to the well-being of children and keep them distracted while working on their competition.  Art, drama and slogan writing will keep them engaged and stimulated.

Students were educated not to go to work at a young age, to avoid things that harm children, to behave well with their parents and teachers, and to acquire knowledge at an early age.

All of the above were explained through small skits and stories and concluded by stressing the importance of avoiding bad habits.

During the talk, it was emphasized to the students that education should be given importance at a young age and discipline should play an essential role in their future.

As children, they learned the importance of education and avoiding work and the problems arising from child labour at such a young age.

It was clear that the students eagerly listened and understood a lot about child labour prevention.  They also had some doubts, which the facilitators cleared.