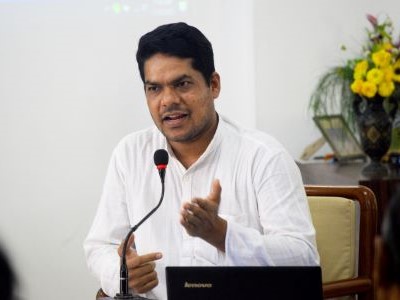 A mantra is categorized by a sound, word or phrase that enhances the consciousness through rhythmic patterns. Mantras were created by the sages and seers through deep meditation as the eternal spirit of nature. The Spiritual purusha, the Supreme Spirit if the teacher who gave the knowledge of the mantras to the human being. 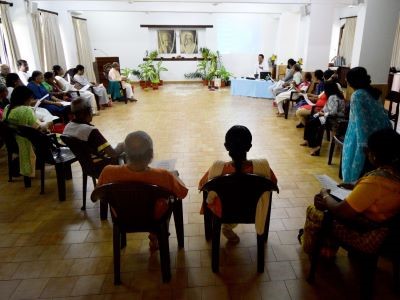 Speaking on ‘mantra chanting’, he said that mantras can be recited in repetitions. When we chant the mantras with utmost devotion, we realize powerful vibrations within the body and mind. Chanting of the mantras can be used to evoke different states of consciousness to harness the power of intentions and a deeper state of awareness.

The session was followed by demonstration of mantra chanting of selected Suktas from the Rigveda, Yajurveda, Samaveda, Atharvaveda, Bhavani Ashtaka and the Mantra of Maharshi Aurobindo. Participants were informed about the various techniques including proper pronunciation, meaning and its application in the rituals.