Lecture on Sun Worship in India 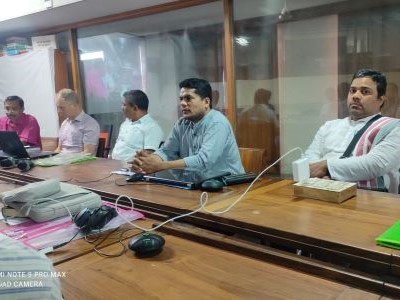 The Sun God occupies a central position in Indo-European religion as a popular deity and as a symbol of Divine power. Speaking on the temple architecture and iconography of Indian culture dedicated to Sun God, he said that the Sun Cult presents a unique style of art and reveals the symbolic expressions of artistic beauty. In this paper, characteristics of temple architecture, different styles of iconography and forms of artistic expression were discussed. 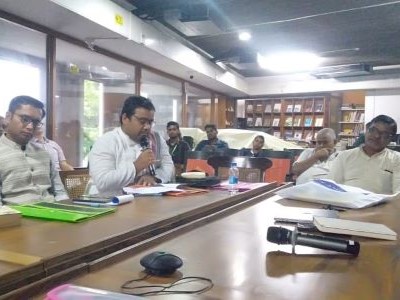 He further mentioned that Surya or Sun is regarded as the cause of all the creations with the almost universal connection of light with enlightenment. The Sun God occupies a central position in Indo-European religion as a popular deity and as a symbol of Divine power.  In Indian artistic and cultural traditions, we find a significant role of Lord Surya, who worshiped in India from the early times. The iconography study of Surya is chiefly based on archaeological findings stretching from 3rd century B.C. to the middle of 14th century A.D.

Several temples have been built to worship the Sun God and there are numerous references to the temple architecture and iconography of Sun God. Some of the famous temples dedicated to Lord Surya are Konark Sun temple (Odisha), Sun temple (Gaya), Modhera Sun temple, Surya Pahar temple (Assam), Surya temple (Kumbhakonam), Surya Narayana Temple (Arasavalli), The Bhramanya Dev Temple at Unao (Madhya Pradesh), Martand Sun temple, (Jammu), Sun Temple (Gwalior), Sun Temple, (Katarmal, Uttarakhand) and Surya Narayana Temple (Domlur). As far as the iconography is considered, there are some of the finest artistic creations can be seen in at the ‘A gavaksha with Vedic deity Surya (Bhumara ruins), ceiling carving of Surya (Pattadakal Virupaksha Hindu temple), Surya on his chariot with horses (Bhaja Caves), A statue of Surya of the Kushan period (Art of Mathura), Statue of Sun God Surya at Konark Sun temple (Odisha). 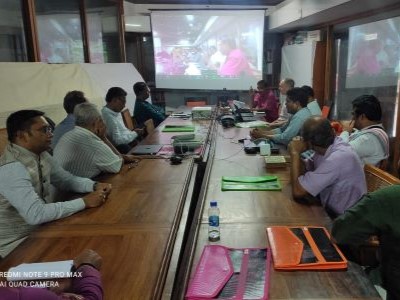 Unlike with other civilizations, the temple architecture and iconography dedicated to Sun God presents a unique style of art and reveals the symbolic expressions of artistic beauty. Highlighting the glory of temple architecture, iconography and artistic expressions, he further said that these components play an important role in the cultural, social, and economic life of the people. The temple architecture which are large and magnificent, aesthetically convinced and elegantly executed, filled with ornamental carvings, sculptured panels and decorative motifs presents the unique style of Indian Art. He further emphasized on preservation and protection of tangible and intangible cultural heritage associated with the Sun Worship in India and there should be interdisciplinary research on these traditions so that this heritage can be protected.