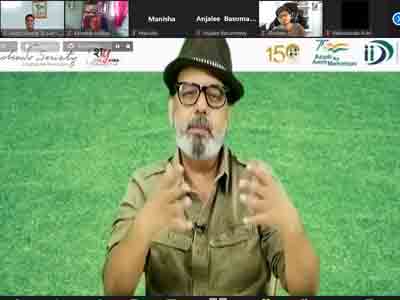 Childhood is the symbol of the future and the hope of all victories to come.

AuroBharati, Sri Aurobindo Society, Union Territory of Puducherry under its initiatives “BalSamskriti: Towards Creativity and Integral Development”organized a lecture in association with ShabdaYatra and Institute for Industrial Development on the topic“Mind: The Way to Create Analytical Generation” by Shri Rajesh Amrohi on 24th September, 2022. 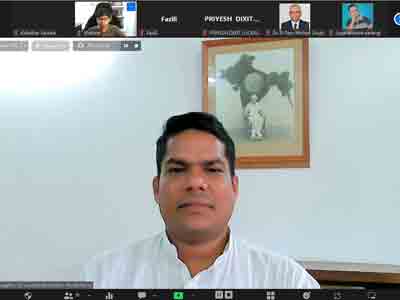 Dr.Kishor Kumar Tripathy, Member Secretary, AuroBharati, Sri Aurobindo Society introduced the speaker, Mr. Rajesh Amrohi and informed about the ‘BalSamskriti’ project includingfocus on the integral development of child with special emphasis on nurturing skills in the light of Sri Aurobindo & The Mother.  He emphasized on the vision of Sri Aurobindo and the Mother on the integral development of the child with special emphasis on Mind. He mentioned the idea of Sri Aurobindo “The first principle of true teaching is that nothing can be taught. The teacher is not an instructor or task-master, he is a helper and guide. His business is to suggest and not to impose. He does not actually train the pupil’s mind, he only shown him how to perfect his instruments of knowledge and helps and encourages him in the process. (Early Cultural Writings: A System of National Education). To create analytical generations, special emphasis should be given on the overall development of the child based on integral perfection. 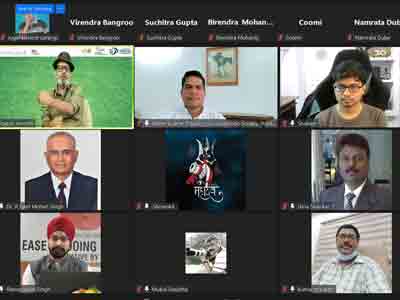 Speaking on the occasion, Mr. Rajesh Amrohi emphasized on the subject ‘Mind: The Way to Create Analytical Generation’ and addressed important factors of child development including how to cultivate and use mind constructively to lead a meaningful and purposeful life. The lecture highlighted the scientific way of dealing with it, controlling and nurturing the mind to create happiness and lead a purposeful life bringing together insights from Sri Aurobindo and the Mother. Highlighting the teachings of  the great philosopher, nationalist and freedom fighter, Sri Aurobindo, he said that the teacher is like the torch bearer for the students, his business is not to impose any ideas on the raw minds of the children. When we impose our own ideas we condition the minds of the children therefore the concept  should be imparted in such a manner where the children are encouraged to use their mind to express freely. A positive environment should be created to think and live freely. Highlighting the ideas of Sri Aurobindo and the Mother with reference to the book ‘How to bring up a child’, he said that Motherhood is the most sacred thing as mentioned in the tradition. Mr.Amrohi focussed on the importance of storytelling tradition by giving examples from the ancient scriptures like Panchatantra ,Hitopadesha and other stories from different communities. Children have Open Mind like the Ocean. Once the seeds are nurtured, properly, it is beyond anybody’s doubt that they will be filled with enlightenment. We need to realise that we are creating them in such a manner that they are going to experience the world. Speaking on the integral development of the child, he said that living with nature, story telling, and innovative games can play an important role for the integral development of the child. 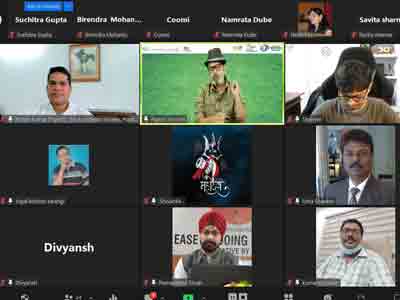 IDEAL CHILD WHAT A CHILD SHOULD ALWAYS REMEMBER

The necessity of an absolute sincerity

The certitude of Truth’s final victory.

The possibility of constant progress with the will to achieve.

About the Speaker: Shri Rajesh Amrohi is the Creative Head (Production), Institute of Industrial development and former Executive Member, IDPA (Indian Documentary Producers Association). Having expertise in Film and Television Production, he has written, produced, and directed almost 200 hours of quality and meaningful content for various channels of PrasarBharati, corporate houses and other agencies. He has produced many independent documentaries which have been shown on various national channels and has attended and participated in many National/International Film festivals. Master’s in Political Science from Punjab University and experience in a wide range of film and video projects from their inception to completion. He is an Independent Filmmaker & communication expert and has experience of using a variety of production equipment. Having the expertise of script analysis and providing inputs for any necessary script changes, skilled at writing and editing scenes, treatments, and scripts, proficient in film and sound editing etc. His experience in making documentaries covers a wide range of subjects with emphasis on significant alteration overtime in behaviour patterns, cultural values, and social norms.