The Transformation: Film Screening and Discussion 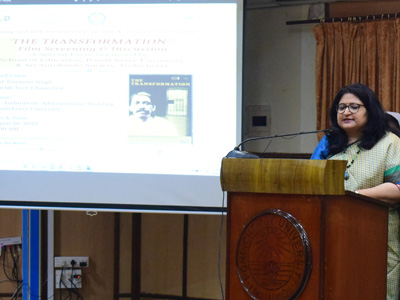 In collaboration with the School of Education, Pondicherry University, a special event was held on August 30, 2022 at J.N. Auditorium at Pondicherry University to commemorate the 150th birth anniversary of Sri Aurobindo and 75th year of Indian Independence. This event included the screening of the film ‘The Transformation’ co-produced by Sri Aurobindo Society in collaboration with Kolkata Sukriti Foundation. 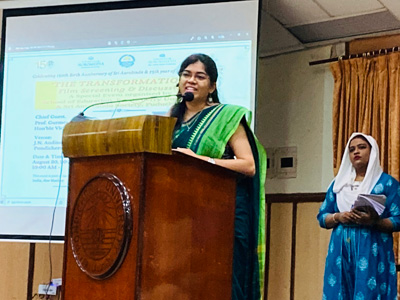 The event opened with a welcome address by Dr. K. Chellamani, Dean, School of Education, After the ceremonial lamp lighting, a brief introduction to the event was given by Dr. Beloo Mehra, Senior Academic Mentor, AuroBharati. She pointed out that the film revolves around the time when Sri Aurobindo was in jail in Alipore from 1908-1909. Copies of Sri Aurobindo’s ‘Tales of Prison Life’ were presented to the university dignitaries as a token of appreciation and goodwill. Ms. Gayatri Majumdar also presented a copy of her edited volume ‘Home Anthology’ to the Hon’ble Vice-Chancellor.

Ms. Shruti Ramteke, Manager, AuroMedia, briefly spoke about the inspiration behind the making of this film and some of its unique aspects. She added that the film has been shot at actual locations wherever possible. Rare newspapers from the British Library and the National Library with actual writings from Sri Aurobindo form the basis of this film. 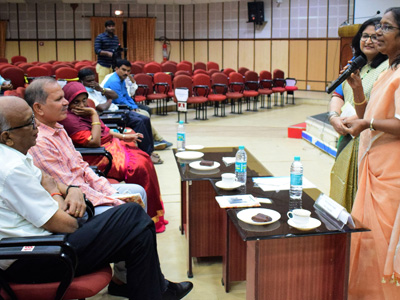 Due to various other commitments such as classes and meetings, several students, faculty and staff members left after the film screening. But a large group stayed back for a follow-up discussion, which was facilitated by Dr. Beloo Mehra. The discussion was mostly geared to encourage students to reflect upon, share comments and ask questions about some key points from the film. 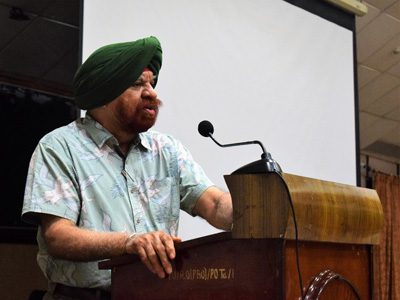 Dr. Mehra pointed out in her comments that the film, while presenting the one year of Sri Aurobindo’s life in jail and the deep transformation he experienced during that time, also attempts to correct the narrative about India’s freedom struggle and highlights the immense contribution made by great revolutionaries who sacrificed their lives for freedom of their motherland. She pointed out for the students the sacrifices of people such as Prafulla Chaki, who was 18 years of age when he was hanged to death and Kanailal Dutta, who was 20 at the time of his execution.

One student from Andaman remarked that while growing up on the island, the Cellular jail was something she had always seen but never really understood the immense significance of that place in India’s political history. The film was a revelation in that respect, she added. Dr. Mehra pointed out to her the book ‘The Tale of My Exile’ by Barindra Kumar Ghosh, Sri Aurobindo’s younger brother. 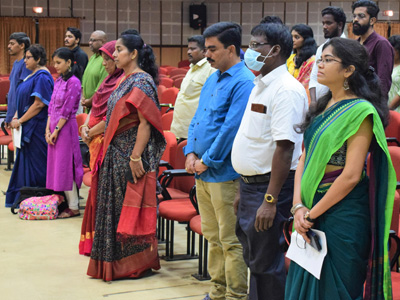 Another student added that growing up in northern India, he was never taught in school or college about the great revolutionaries from Bengal who were so instrumental in Indian’ freedom struggle. Another student asked some interesting questions about the relevance of Sri Aurobindo’s educational thought for her future work as an educator. Dr. Mehra replied that more projects focusing on Sri Aurobindo’s and the Mother’s works on education are being planned for the School of Education students.

One faculty member requested that a bit more elaboration be given on Sri Aurobindo’s letter to his wife, Mrinalini Devi, which was shown in the film. Dr. Mehra shared the necessary information and also added that Sri Aurobindo had had several spiritual experiences and realisations even before going to prison. 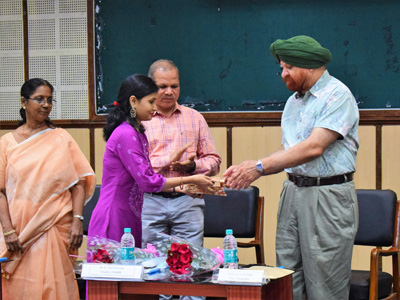 Another faculty member pointed to the students that India is a blessed land where so many great souls have been born who have attained great spiritual heights. And that the younger generation should take interest in studying the life stories of these spiritual masters and understand how they experienced deep inner transformations. He also added the significance of the timeless guru-shishya tradition in Indian culture.

Some good suggestions were also offered with regard to subtitling of the film and also the need for translating the film in as many Indian languages as possible. A few faculty members also added that more educational programmes should be offered to the students of different departments at the university which will give them exposure to various aspects of Sri Aurobindo’s work and vision. 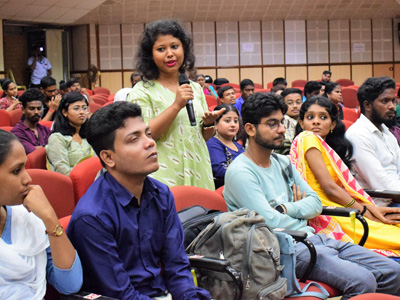 Hon’ble Vice-Chancellor in his address emphasised the need for students to develop the capacity of concentration and deepening their focus. This, he said, is essential if one wants to accomplish important goals in life and experience meaningful transformation of character.

Pointing out to Sri Aurobindo’s example as shown in the film, he reminded the gathering that all inner transformation begins with a deep resolve to dedicate one’s life for a cause much bigger than oneself. And then following up the resolve with sincere effort and concentration of all of one’s energies toward the goal. Prof. Singh thanked Sri Aurobindo Society for bringing this film to the students and faculty at the university and encouraged that more such events should be held in the months to come. 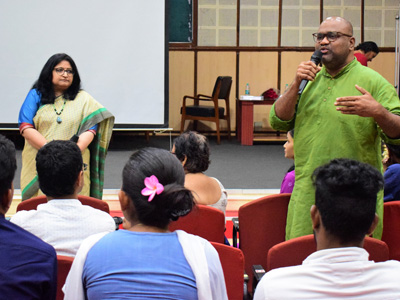 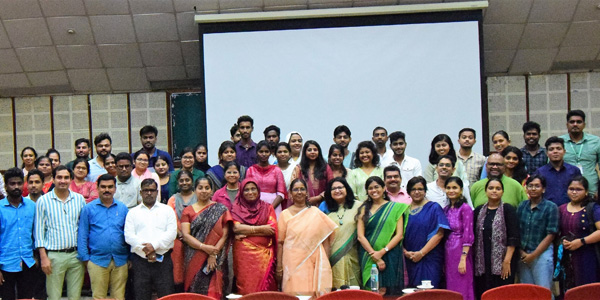