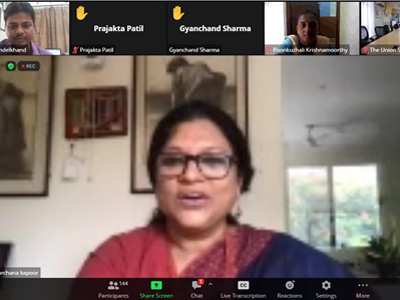 An online workshop on TB Sensitization was organized in partnership with MoHFW, The Union, Gates Foundation and SMART. The station in charge of Sarvam's Pudhiya Udayam Community radio participated in the training program.

Tuberculosis (TB) is today a focal point that is a potentially severe infectious disease that mainly affects the lungs. The trainer pointed out that a person's cough or sneeze releases tiny droplets that spread tuberculosis bacteria into the air. The training focused on creating awareness of TB among the people using community radio. 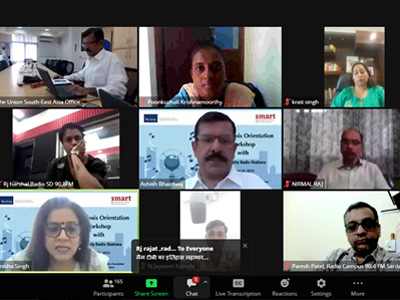 Dr Kuldeep Sachdeva explained the tuberculosis disease. He explained why awareness has to be created among the community about tuberculosis. Dr Josi explained the treatment provided for patients suffering from TB. Dr Pooja Sehgal explained how the patients should maintain their health by eating proper and healthy food and taking regular medications. They said India has the highest incidence of TB, with 1/4th of TB cases occurring here.

Hence, Community radios were motivated to broadcast the following things to create awareness among the community people by the trainers.

In order to keep patients safe, giving them regular medication and not missing doses is essential. 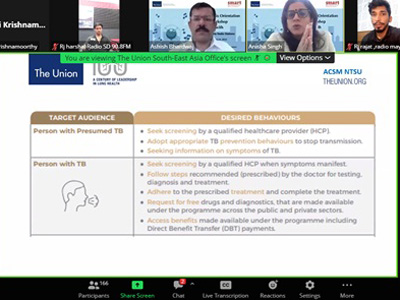 The goal should be to prevent TB from spreading to everyone by getting tested.

To prevent the spread of the disease, TB patients should maintain a safe distance from each other and adhere to the CAB rules.

A person with TB can rest assured that it is preventable or curable.

Everyone needs to know that TB is preventable and curable.

The team from PM Technical Services is very confident that TB will be eliminated due to intervention.