Interaction with the Prisoners of Pondicherry Central Prison 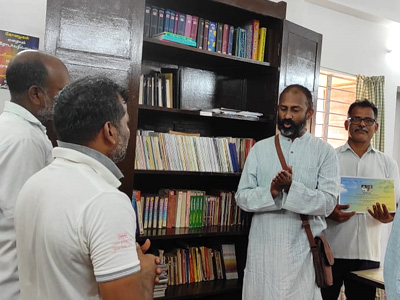 Shivakumar, Director, SAFIER, interacted with the prisoners of Pondicherry Central Prison on 6th July 2022, as part of the series of interactions under the title “Spiritual Transformation in Consciousness” organised by Sri Aurobindo Society under the advisory of Government of India, Ministry of Home Affairs. About 40 prisoners participated in the interaction. 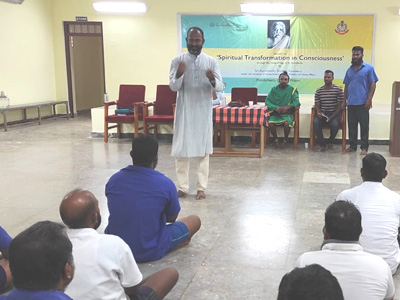 After a visit to the facilities that were recently facilitated in the Prison viz., organic forming, an enriched library with books for the prisoners, and the support given to the children of the prisoners in their education by Sri Aurobindo Society, Shivakumar interacted with the prisoners sharing with them Sri Aurobindo’s life in prison during his freedom struggle days. He also shared with them how, in the prison, Sri Aurobindo found his inner freedom to rise above the struggles of his prison life and inspired a whole nation to re-awaken towards its freedom. This was followed by a discussion on how to harmonise the inner and outer aspects of our own life.