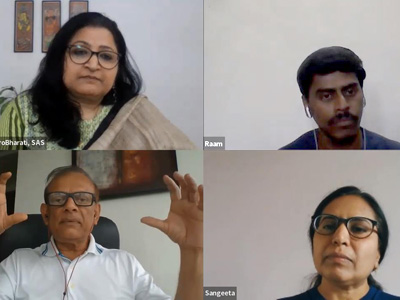 Penned by Amitabh Satyam and Sangeeta Goswami, the book brings on centerstage some of the traditional outdoor games of India which have been played by children and adults in various parts of the country for several centuries, perhaps even thousands of years. From gilli-danda to kho-kho, nondi to vish-amrut, atya-patya to kabbadi, the authors describe fifteen games which have been popular under different names throughout the country.

The book reminds us that India’s sports culture is thousands of years old. India has had a long history of physical culture which emphasised rigorous education of the body. Countless exciting and fun games and systems of physical exercises were developed and played by children and adults throughout the various regions of the land. The authors include a few relevant references from texts such as the Mahabharata. 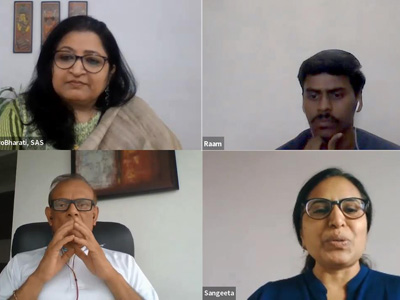 Most of our indigenous games, however, are not popular in urban India today. The authors write that while children in villages and small towns may still play some of these games, “the frequency and coverage are fast dwindling as more Western games are promoted on TV with aspiration value.”

When most urban Indians today think of sports, they think of cricket, hockey, tennis, badminton, squash, golf, football, volleyball, basketball, table tennis, or billiards etc. Indigenous games have been more or less eliminated from the active consideration of Indians. As the authors write in the introductory chapter ‘Let the Games Begin’:

“With colonisation, local cultures were decimated substantially, and the games played by the colonisers became the mainstream in most of these countries.”

The authors of ‘The Games India Plays’ want to change some of that.

Based on their research of various traditional games still being played in rural India Sangeeta Goswami and Amitabh Satyam have selected 15 traditional Indian outdoor games. These, they feel, must be revived and made popular amongst children of today. They present these games — with appropriate illustrations — in a reader-friendly format for use as a Guidebook for sports administrators and players.

In our delightful conversation, we learned about the authors’ motivation for taking up this research and writing this book. They shared with us three main criteria they had in mind when selecting the games. The game should be played outdoors; it must be a team-based game; and all the team-players should be actively participating at all the times instead of waiting for their turn.

We also spoke about the significance of our traditional games for children’s overall physical, mental, emotional and social development. The authors emphasised the need to revive the traditional games and share some ideas on how to make it happen in the years to come.

Part of our conversation also focused on the various benefits that one derives from playing some of the traditional outdoor games of India. These involve learning to make quick decisions, collaboration, developing physical consciousness and spirit of teamwork, on-the-spot creativity and more. The authors also pointed to the fact the traditional games and their evolution over time often reflect some of the cultural values of a people.

Sangeeta Goswami, one of the authors of ‘The Games India Plays,’ has a background in psychology and two decades of experience as an educator. During our conversation she also emphasised this point when speaking of the benefits of some of our traditional games.

The book is a practitioner’s handbook of engaging sports that were once popular in India.

One of the things that stood out in our conversation with Sangeeta Goswami and Amitabh Satyam is their passion and love for all things Indian.

This is their main motivation for writing this book. And this is perhaps also why they have organised the book in a way which justifies the sub-title ‘Indian Sports Simplified.’ The book makes it easy for interested individuals and organisations to develop the necessary ecosystem to revive and popularise our traditional games.

With very little to no investment needed to play most of our traditional Indian games, it also makes good economic sense to popularise these games. The first requirement is to present them as ‘cool’ alternatives to the youth of India. The authors told us that they are also exploring ways to collaborate with individuals and organisations who share such aspiration.