The hopes of today are the realisations of tomorrow.

The Incarnating Soul with Sigrid Lindemann 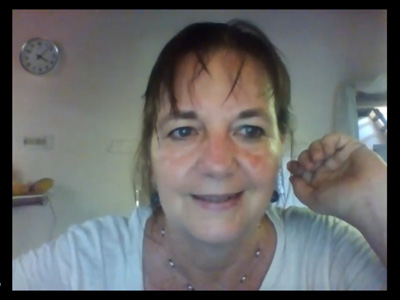 As long as one is alive, one can transform and change one’s perspective, instead of automatically continuing imprints and reactions which we took on very early in life. Nothing is static in life and we can learn and improve something about ourselves every day.

Regression therapy can happen spontaneously and naturally by oneself, but often  a therapist is needed who can non-intrusively facilitate your own natural healing by setting up a space and giving direction to let go and move on. Especially, if you are on the path of yoga and already have burrowed a way to access your inner self and connection. Therapy is always based on your own healing capacity. 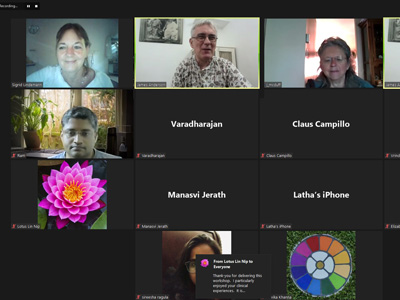 In therapy, we discover the origin of our issues in those very early moments of life and transform our limitations by recognising karmic imprints reappearing in this incarnation. A deep healing session can happen when we work with early memories of prenatal, birth, first moments and even past lives. We work with our inner-child and the younger self who lived through this traumatic moment. We also work with questions of why some people don’t feel like being or belonging here. We deal with questions of our purpose on earth and also why some have such a dramatic and hard start. We also take up bigger questions of life and karma in order to make sense to not just heal but also evolve and transform.

Homing takes us back to the origin of the soul – where your inner being comes from. And then to ground this experience into this incarnation. This brings healing and a deep sense of purpose.

Past lives, in the womb and during birth 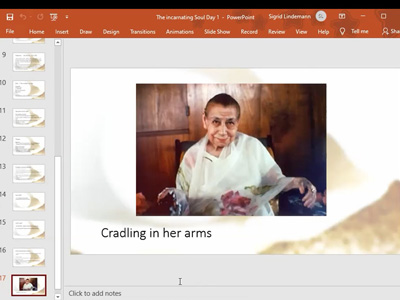 Often people believe that birth or the time prior to age 3 isn’t important but in therapy sessions, we have documented memories from that time and even past lives. It’s not something made up but to be accessed. It’s possible to know more about yourself, your origin and previous life. Just as the radio broadcast programme isn’t bound to the radio instrument, the consciousness is not bound to the brain.

The soul can carry and be held back by many traumas and it’s then important to facilitate to carry this imprint and heal it for more positivity and growth. Therapy is about shifting early imprints and understandings differently.

In therapy, we go back to the important moments where we see life from imprints, from the consciousness of the mother and father-to-be. We go back to memories of pre-natal, birth experiences, time of conception and find what is to be healed. We can find clarity in sorting out the mother’s emotions and thoughts and also resourcing the baby’s own self, the soul, the body, and the heart.

Even when the mother does an exemplary job with her health, food and meditations to prepare for the birth, the child also comes with his own set of karmic imprints. And sometimes the birth mirrors of the past life’s death.

The first 9 months in the womb is actually a very big imprint as the child feels whatever the mother feels. The first moments on earth are also very significant. For the baby to feel welcomed and held close to the mother or a close relative is very important for the physical immunity, emotional wellbeing and self-confidence. 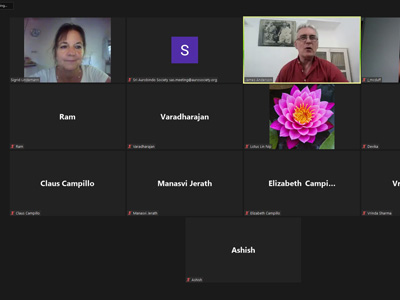 All impressions, feelings, energies, thoughts of the mother are felt by the developing child. Mental, emotional and physical traumas in the mother and the family can be very relevant. Through working with people in sessions and exploring what they hold onto and have a strong issue with, we can go back to the early imprints. In older traditions, birth was considered a very strong imprint but now that’s almost forgotten. Now births happen mostly at the hospitals and the question of consciousness and soul incarnation doesn’t really arise there unfortunately.

The Mother writes that during pregnancy, it is best to give the mother-to-be special conditions of beauty, safety, peace and well-being, in very harmonious physical conditions, so that the child could be formed with the best base.

Natural birth can be a very beautiful experience for the mother. But apart from that, the other birthing processes can create only in a stressful situation. Each scenario has its own life-long imprints and often karmically influenced survival scenarios. All these issues can be overcome by going back to this moment and shifting energy by recognising what happened energetically, emotionally and mentally.

The purpose of incarnation is evolution of the psychic being. For the psychic being, success, failure or glory and mediocrity are the same. Incarnation depends on the state of development, on the milieu in which it is going to incarnate and on the mission it has to fulfil. There is a big difference between conceiving a child with conscious aspiration or by accident. People can choose special circumstances, prepare themselves through concentration, meditation and aspiration and seek to bring down into the body they were aspire to form, an exceptional being. For an advanced and mature psychic being, the choice of rebirth is real. But in other cases, rebirth happens almost automatically as the will of the psychic being is not developed.

Natural: Not conscious but an automatic process, no recall of past incarnations

Spontaneous: If the life was terminated before fulfilling its leaning, the incarnation happens to continue the same plan or mission.

Karmic: In this incarnation the will is there to transform, develop, evolve and clear up not only this life but also past lives baggage for evolution of the psychic being.

Voluntarily: when the psychic being decides to incarnate in order to support evolution like Buddha, Jesus, Mother.

The soul stops incarnating when all karma is transformed and all parts of being are united around the psychic being. Then the soul may incarnate not for need but by choice to support evolution and even transform the human body.

Origins of psychic being

Mother says, aspiration is an expression of the psychic being – the emerging divine flame deep within all human beings. And when the psychic being reaches its full development, it becomes a raiment of the soul. The soul is a portion of the Supreme and there is only one Supreme, but with millions of individual forms. The psychic being begins as a divine spark and through all the incarnations, becomes more and more conscious and organised through the divine influence. Ultimately, it becomes an individual expression of the Supreme, completely conscious and moved exclusively by the divine Will.

The psychic being is the result of evolution of the divine consciousness, which spreads into matter and slowly lifts and develops it to return to the Divine. The work of the psychic being is to transform. And unless it is allowed to work inside, it cannot change the outer life, even if it has a vast mission. This is why life upon earth for a psychic being is the opportunity to progress. Higher realm beings – the gods or demi-gods, wait till some psychic beings attain their full development and unite with them to do some work according to their nature. This only happens rarely with specific, chosen individuals.

It is your own inner call which gives you the focus through your psychic being to explore. And only through that call from the inner being one can explore, grow and transform. When we connect to our inner-knowing, we can connect all parts of our being to our psychic being and incarnate more fully; which is the true purpose of life.

The workshop was conducted in a very peaceful and empathic manner by the facilitator, Sigrid Lindemann. An understanding of Integral Regression Therapy was gracefully imparted and it gave us a stronger understanding of those sometimes negative imprints that are locked inside and which have been caused by traumatic experiences either in the womb or in early life. All her conclusions were reinforced and cemented by readings from the Works of the Mother or Sri Aurobindo. About 25 people registered for this event and they gained much from the experience.