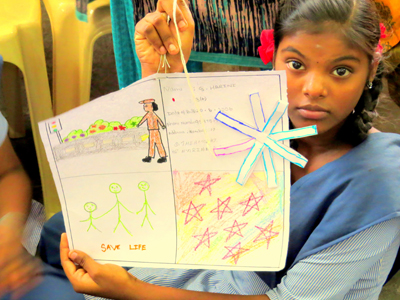 The Smart 40 Camp is one of the key interventions in the ORC (Our Responsibility to Children) programme which Sri Aurobindo Society is implementing in collaboration with the Directorate of School Education, Government of Puducherry in 15 government schools of Puducherry to bring in transformative changes in children having emotional, behavioural and societal challenges and also giving them confidence through life skill education through a series of workshops/camps. 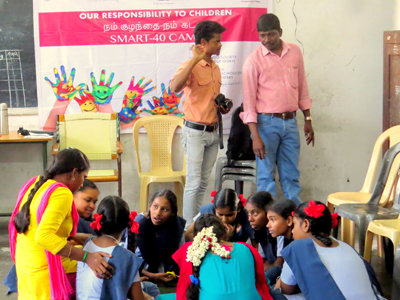 Forty children from every school belonging to different mental abilities like normal, above normal and below normal are identified for this training programme. This group 40 children are called as the Smart 40 Group.  The idea is to train a set of children-leaders from these schools who will become the change-agents for the entire school to transform their schools as social change hubs.

The first Smart 40 Camp was held in the Kamban Government Higher Secondary School, Nettappakkam, Puducherry from 9th January 2020 and was held for two and a half days.

The camp was led by three master resource people from ORC Kerala, Ms.Sujani Menon, Mr.Gigi Varghese and Mr.Sharath, who have years of expertise in ORC Kerala.  Dr. Vinothkumar and our four counsellors Mr.Raja, Ms. Vanitha, Ms. Sagaya Mary and Ms. Pavithra were the key trainers along with Dr. Deva Pattabiraman, a theatre expert from Pondicherry University who helped in the conducts of the camp. Based on the first Smart 40 camp, the same will be replicated in the rest of the schools. 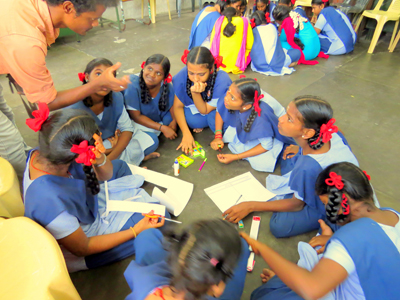 After the pilot Smart 40 camp in Kamban Govt. Higher Secondary School, Nettappakkam, the second of the Smart 40 camp began on 20th January at the Savarirayalu Nayakar Government Girls High School, Puducherry and the three days camp will go on up to 22nd January 2020.

The feedback from the pilot camp at Nettappakkam was encouraging as many of the participating children expressed their satisfaction and happiness that they derived from the camp and they expressed that it had an immense impact on their attitudes as well as that the camp opened up their thinking and creativity which they were not aware of prior to the camp.